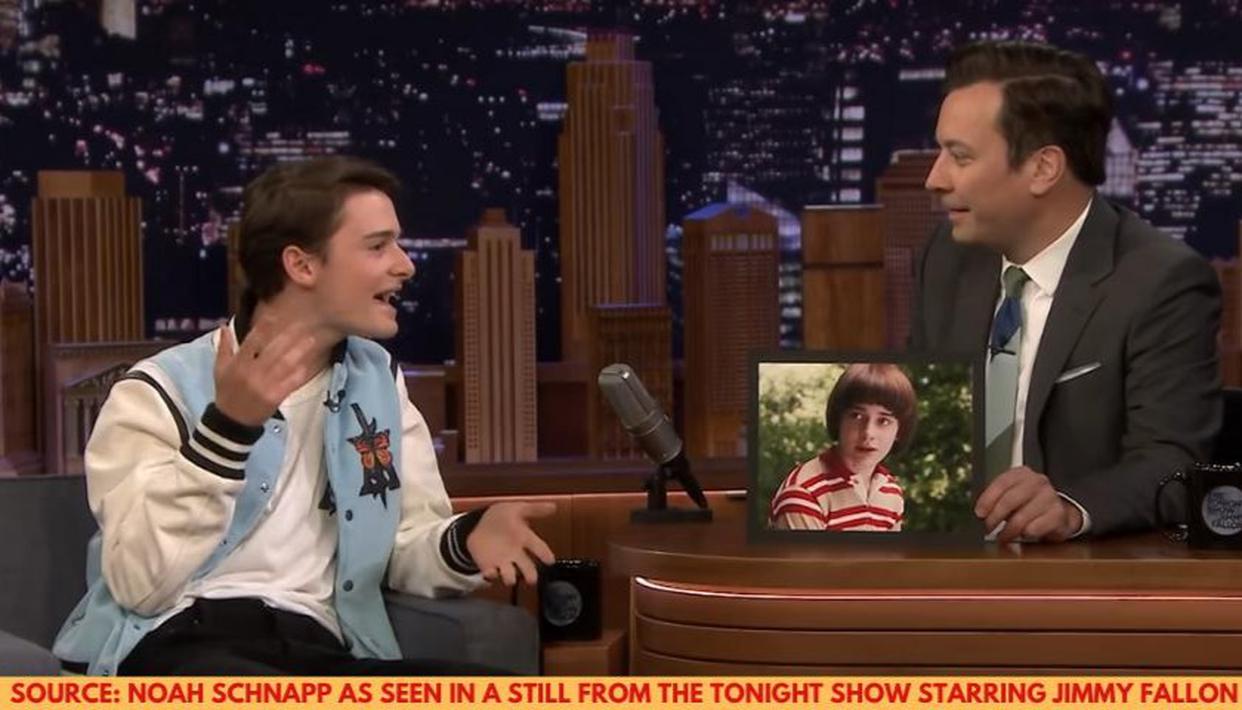 Jimmy Fallon asked Noah Schnapp, “Why was it such a big deal meeting Zendaya?” Noah was quick to answer, “I mean who is not obsessed with Zendaya,” he then pointed at Fallon and said, “I know you are.” Jimmy Fallon took this as an opportunity and showed a picture of Noah Schnapp and Zendaya posing together.

As the interview continued, Jimmy Fallon quizzed Noah more about his experience of meeting Zendaya. Noah Schnapp then revealed that he was really nervous to meet Zendaya. The Stranger Things star hilariously added that Zendaya smelt "amazing”. "I remember seeing her out of the corner of my eye... and I was really, really nervous... and she smelled great. She was so cute,” he said.

During the interview, Jimmy Fallon also asked Noah Schnapp about Stranger Things Season 4 and its first table read. Noah Schnapp said that the first table read for Stranger Things Season 4 took place recently. When Jimmy brought up the topic of Noah’s character Will’s hairstyle, Noah Schnapp revealed that since the beginning of the show he has been trying to convince the writers to change Will’s hairstyle. He also revealed that he suggested the writers a change in haircut by adding the possibility of Will shaving his head. Watch Noah Schnapp's entire interview on The Tonight Show Starring Jimmy Fallon here.

Get the latest entertainment news from India & around the world. Now follow your favourite television celebs and telly updates. Republic World is your one-stop destination for trending Bollywood news. Tune in today to stay updated with all the latest news and headlines from the world of entertainment.