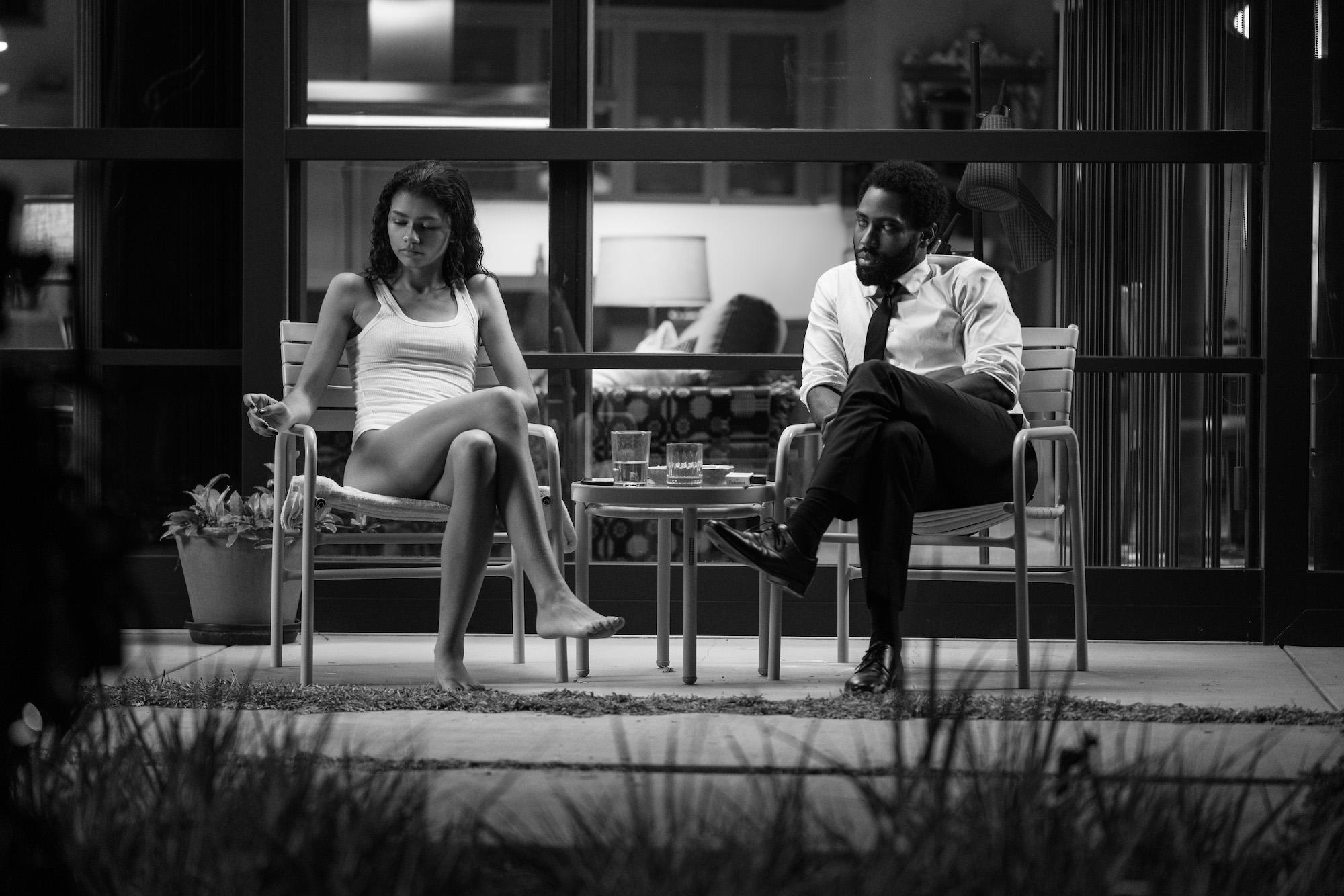 Sam Levinson’s “Malcolm & Marie” premiered Friday night from Netflix at a special screening co-hosted by AFI, and early reactions are strong for this two-hander starring Zendaya and John David Washington as a couple in crisis. Shot during the pandemic, the film is an acting showcase for the two leads as, over the course of one long dark night of the soul, they unravel, and pick each other apart. The tagline “Madly in love” is not kidding around. Check out a sampling of first takes on the film below.

Washington plays an insecure filmmaker returning home to his girlfriend (Zendaya) after a movie premiere, and his initial excitement over what he perceives to be the film’s imminent success is ultimately toppled as scarring truths about their relationship bob to the surface. Working with cinematographer Marcell Rev, “Euphoria” creator Levinson has crafted a film that can easily be called an ode to the works of John Cassavetes. Early reactions suggest Zendaya should land squarely in the Best Actress conversation.

Following the screening, Netflix hosted a Q&A moderated by playwright Jeremy O. Harris (who had an early read on the script back in the spring) with Washington, Zendaya, and Levinson. “This is such an insane feat,” Harris said of the film’s production, which took place on a nimble set in Carmel earlier this year over a month and a half. Levinson said he wanted the film to “speak to where we are right now, locked up, at home, in relationships, dealing with love and grievances, and the joy of all that.

But Levinson, whose last feature film was 2018’s “Assassination Nation,” said his new film comes from a particularly personal place.

“At the same time, I needed a catalyst for it: What’s a really terrible thing a person can do to their partner? Here’s the truth: I forgot to thank [Ashley Levinson, his wife] at the premiere of ‘Assassination Nation,’ which was a brutal film to edit, and she was upset. I felt very guilty about it. Supposedly, we only talked about it on the car ride home. In my head, I imagined we’d had 1,000 conversations about it. I took that as the catalyst for this piece.”

Levinson ultimately fronted a great deal of the movie himself, and it paid off, with Netflix scooping the title for a whopping $30 million over the summer. The filmmaker worked closely with his “Euphoria” star Zendaya in building the movie, and she said, “As soon as [Levinson] talked about shooting it in black and white, trying to create a skeleton crew, it sounded incredible while sounding equally terrifying, because I’ve never had the opportunity to be involved with something from its inception.”

Washington, reflecting on a cold call he received from Levinson asking him to star in the movie, said that the pandemic’s scuttling of his film “Tenet” left him in “a place of unknown and hankering for discovery, of self and of my artistry.” That empowered him to take on the project. “It was ironically the perfect time to do something like this given the unknown of this different kind of film that was rolling out,” he said, referring to “Tenet.”

John David Washington and Zendaya are fire in MALCOLM & MARIE. The two bring devotion and energy to their roles, both of which can find room in the #Oscars race.

Dialogue leaves much to be desired but many will dig it.#MalcolmAndMarie pic.twitter.com/EvcfGUaFtY

Wowzers. @malcolmmariefilm. John David Washington shines, but Zendaya’s performance is a complete knockout. Welcome the film to the Oscar race. The cinematography, its music and direction is superb. But JDW and Zendaya SIZZLEEEEEEEEEE in an Oscar-worthy act.

Zendaya & John David Washington deliver powerhouse performances in #MalcolmAndMarie, a monologue-heavy romantic drama that’s ultimately about being a better partner & wow do they put it all out on the table. It’s angry, soulful & sweet & the music cues are the absolute best pic.twitter.com/e9tqBJARZJ

#MalcolmAndMarie is the award-worthy game changer we’ve been waiting for. Sam Levinson’s brilliantly topical screenplay and atmospheric direction signal the arrival of a new master. JDW is superb, but Zendaya delivers THE performance of the year that deserves to sweep all awards! pic.twitter.com/OYs2w2a3Ii