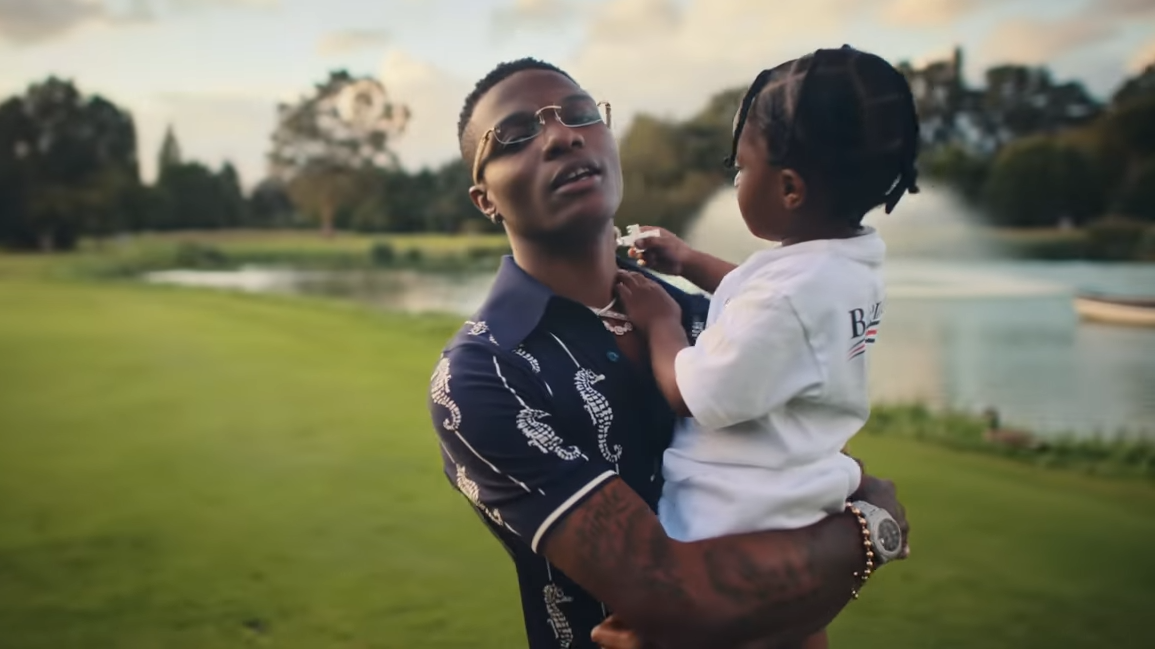 The cheerful video which was released today featured appearances from Wizkid’s three sons; Bolu, Ayo and Zion who the music video is dedicated to.

“Smile” was released on Wizkid’s birthday in July. On the track, Starboy sings that he loves his love interest’s smile and he would do anything including running “inside a building up in flames” just to be with his love.