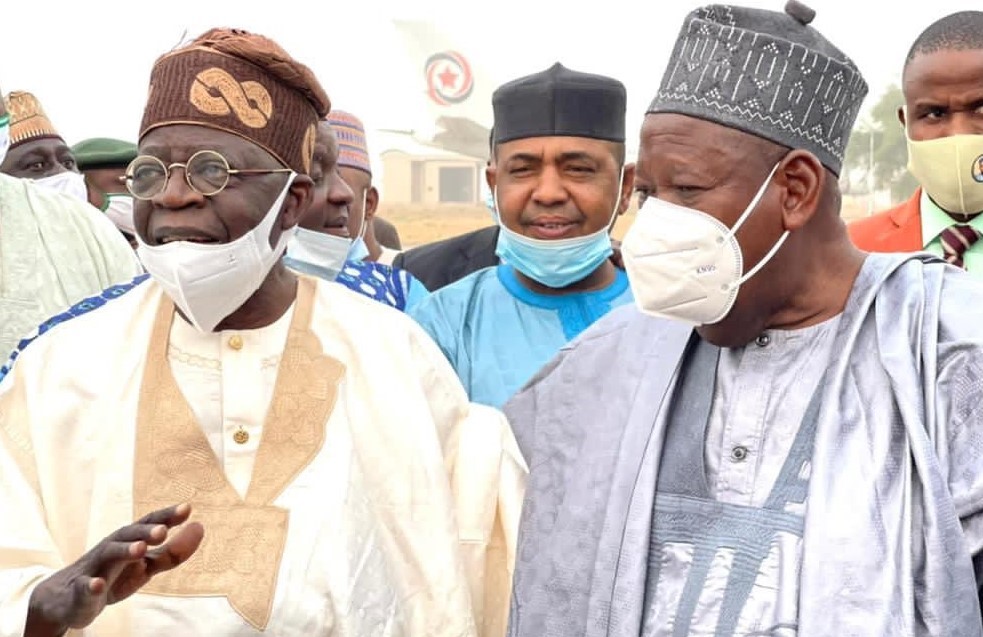 Bola Tinubu, national leader of the All Progressives Congress (APC), has lauded Abdullahi Ganduje, governor of Kano, for strengthening anti-corruption institutions in the state.

Inaugurating the Kano State Public Complaints and Anti-Corruption Commission’s new office on Sunday, Tinubu said the governor’s efforts would contribute to a country free of corruption.

“This is a welcome development indeed and we salute the governor for this encouraging effort,” he said of the new building.

“In ensuring Nigeria becomes a member of a committed international community that frees us from the burden of corruption, this and similar edifices could play an important role in that.

“To a lot of us looking forward to a prosperous, corruption-free Nigeria and Africa, today is dedicated to that objective.”

Despite Tinubu’s commendation, many believe Ganduje still has questions to answer over accusations that he collected kickbacks for contracts awarded in the state.

A series of secretly recorded videos in 2018 had shown a figure believed to be Ganduje pocketing wads of dollars allegedly taken as kickbacks.

The governor had denied the videos, saying they were doctored. He had also gone to the court all in the attempt to clear his name.