ESPN
Share on FacebookShare Share on TwitterTweet
Get a report of the Southampton vs. Tottenham Hotspur 2020-21 English Premier League football match. 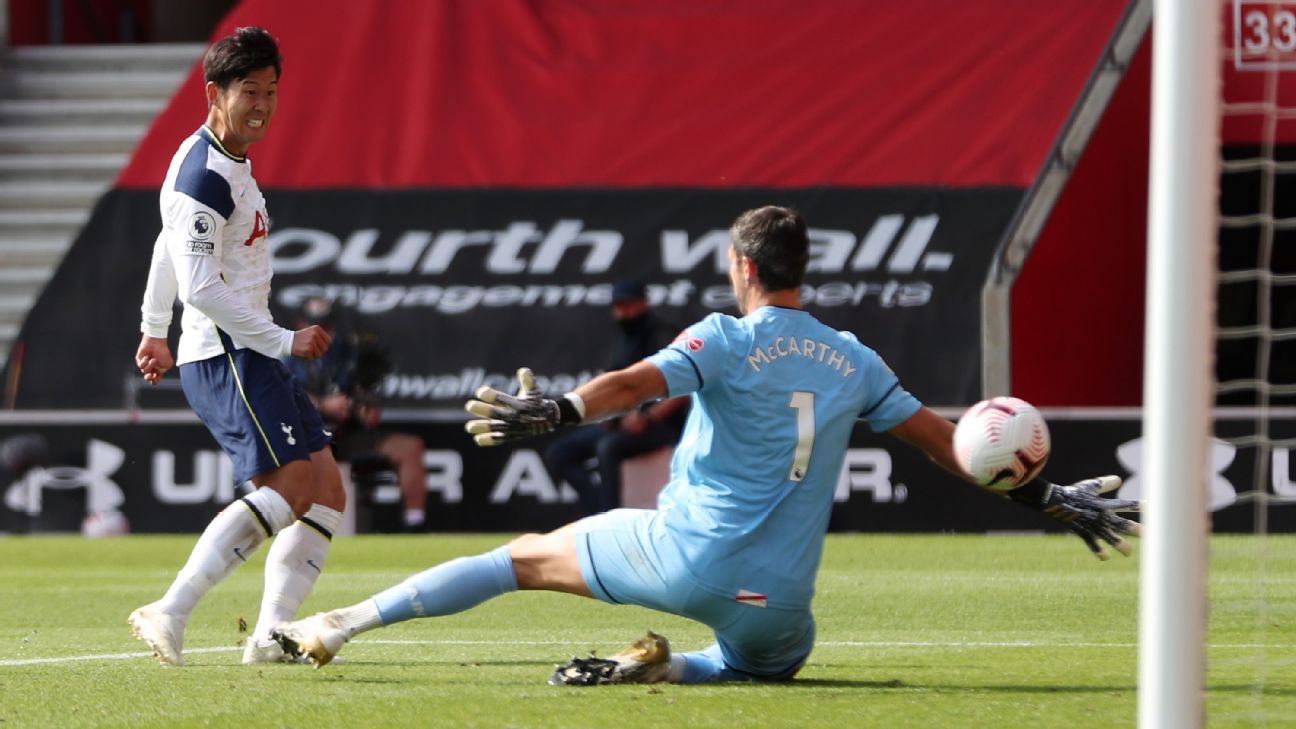 Son Heung-Min scored four goals as Tottenham earned their first Premier League win of the season with an emphatic 5-2 result at Southampton.

Spurs captain Harry Kane provided all the assists for Son's goals and scored the fifth in the second half.

It was the first time one player has assisted another's Premier League hat-trick since 2003, when Thierry Henry set up Freddie Ljungberg's treble for Arsenal against Sunderland.

Danny Ings opened and ended the scoring for the hosts but Southampton have failed to win any of their matches in all competitions this season.

The first half was a very lively affair with VAR ruling out three goals. Kane had two goals chalked off for offside while Ings' strike was disallowed for handball.

Southampton were the better team and took a deserved lead after 32 minutes when former Spurs defender Kyle Walker-Peters played the ball forward and Ings brought it down and scored with a clinical finish.

Spurs equalised on the stroke of half time when Tanguy Ndombele produced a great bit of skill to release Harry Kane and the England man found Son who smashed the ball into the net.

Son scored again two minutes after the break and then bagged his hat trick just after the hour mark.

The South Korea international scored his fourth goal after Kane produced a sublime pass and Son produced a calm finish.

Kane rounded off the scoring for Spurs with a tap in late on before Ings converted a penalty in the last minute.

"It is incredible to score four in the Premier League," Son said. "Four amazing assists from Harry, he deserves the man of the match award.

"We have been working for five season together now. We know what we like and work hard on our relationship on and off the pitch. Hopefully, there are many more goals to come."