Inside track: The lowdown on Wolves' new signing Nelson Semedo

expressandstar.com
Share on FacebookShare Share on TwitterTweet
Wolves pulled off a huge coup by signing Portuguese international Nelson Semedo from Barcelona in a deal worth an initial £27.5m. 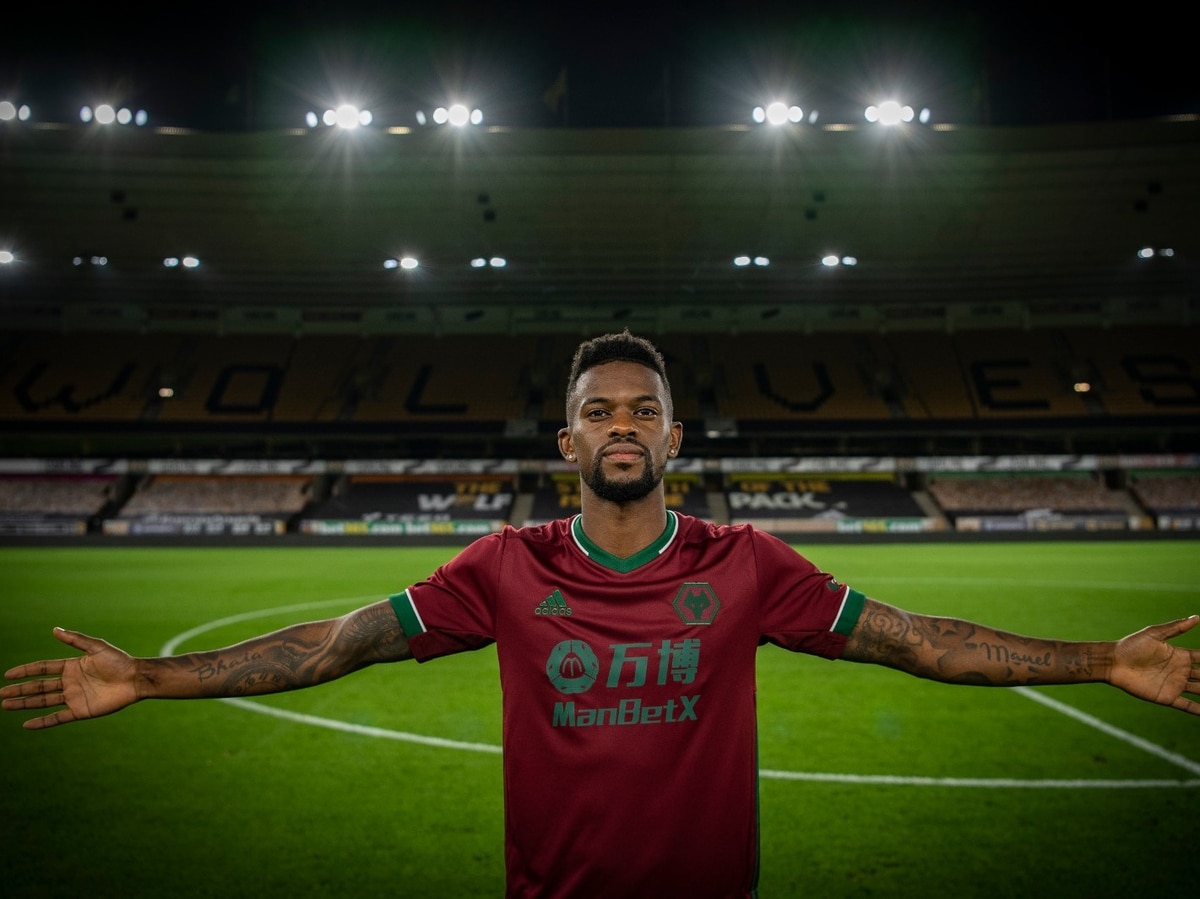 We spoke with Portuguese football expert Alex Goncalves to get the lowdown on Wolves' latest high-profile recruit.

This seems like quite a deal for Wolves, with Nelson Semedo signing for quite a fee - are Wolves getting a good deal for him in your opinion?

It is a fair amount of money, but Wolves are paying for a Portugal international and a Barcelona first-team player who the club president said was one of the club’s unsellable players only a month ago, so to get the deal done for, at most, 40 million euros in today’s market is really rather reasonable.

I think this is an ideal move for all parties. It’s no secret that Semedo had some difficult moments at Barcelona, most notably in his final competitive match for the club in that horrendous 8-2 defeat to Bayern Munich, and so a move was perhaps a necessity to revitalise his career, and Wolves should benefit from that, as he is a very talented footballer who will serve the club well.

Obviously, RWB was a priority position for Nuno having sold Matt Doherty this summer, will Semedo be best suited to a forward thinking role on the right flank?

Undoubtedly. I think many would agree that it is his attacking endeavour down the right flank that is perhaps his strongest attribute, one that was restricted a little at Barcelona because of their system and the presence of Lionel Messi frequently on the right wing, and so to play with three centrebacks at Wolves to support him will give him more freedom to attack on the overlap and take some of the pressure off him in the defensive phase of the game.

It makes it an even more ideal move for all parties, including the player, who will relish the chance of serving Wolves in that role.

What are Nelson Semedo's strengths and weaknesses?

He’s quick and technically strong, and is great with the ball at his feet as a highly accomplished dribbler, which allows him to take on his man and prove successful with good regularity, while he also provides good energy up and down the flank. Additionally, he comes with a great amount of experience at both club and international level, and so his understanding of the game and when to get forward and in behind the opposition backline is very good, while his pace then allows him to track back if and when he is caught high up the field.

And while his defensive ability has been called into question, he is still very capable in this sense, able to marshal his man with good success and is an accomplished tackler, so he can offer defensive solidity too.

You would still say that his overall defensive game is perhaps his weakness, though; while his attacking awareness is very strong, defensively he can be caught out of position and can look a little vulnerable as a result, while you would likely point to his decision making and physicality as another potential weakness – though his speed will ultimately help him out significantly in such duels and allow him to recover if a player does manage to get beat him one on one.

So I think his game is very much suited to a right wingback role, and although it’s not really a position he’s tried out before, his prior experience both as a right back and a winger stands him in good stead to be a success at Wolves.

This is the first time Semedo will get a taste of Premier League football in his career, do you think he's well-suited to the division?

Absolutely. He becomes the fourth current elite Portuguese right back to enter the English Premier League after Ricardo Pereira, Joao Cancelo and Cedric Soares, and all of them have been very solid in the league – Ricardo Pereira in particular has been sensational, and Cancelo has looked great when given game time, which was hard to come by last season.

And I think, in terms of overall quality, there isn’t a huge gap between those two and Semedo, who have all been battling quite competitively to become Portugal’s starting right back over the last three or four years. In fact, that he has had to compete directly with the aforementioned trio of top right backs to play for his country makes the fact that he has racked up 14 caps for the senior national team quite an impressive feat.

So I think the precedent is there for Semedo to be a success in England, who has all the traits you look for in a modern-day fullback.

Why were Barcelona willing to do a deal to sell the 26-year-old?

It’s a good question because he was a player they deemed to be unsellable last month, so to see him depart is interesting.

One theory I have for that is Barcelona felt there was no way they would be able to get a fee that they deemed acceptable for Semedo because, for all his qualities, his form for Barcelona had not been the best, and after a very poor display against Bayern Munich, they likely felt that now was not the most opportune moment to consider selling him.

Ultimately they were always expected to be willing to sell him as their rebuilding process got underway – hence why it was surprising that he was one of the players the president singled out as untransferable in the first place – and when Wolves came in willing to pay up to 40 million euros, they likely deemed that too good to turn down. Jorge Mendes almost certainly also had a major role to play in the deal, both in terms of Barcelona selling, and Wolves being able to attract him.

Semedo now adds to Wolves' Portuguese contingent, will the focus on players from the nation have tempted him to make the move?

I think it’s a major factor, undoubtedly. Had established internationals not already been at the club, I’m sure it would have been more difficult to persuade Semedo to come to the club, while his agent would have also had a hand in the whole process.

But Wolves are an attractive club for every player now, and that is in part not only down to the players already at the club, but also the fact that Nuno Espirito Santo is the manager and has recently signed to stay on with Wolves on a longer term deal. Nuno is certainly a manager many players will want to work under.

What this transfer also shows is the overall ambition that Wolves are showing.

This isn’t the type of signing that is going to yield a big profit in the future; he’s 26 now, heading into his prime, so their willingness to pay 40 million euros for him shows that Wolves are not looking to make money from this signing in the future, but are instead purely looking to recruit players to be competitive both domestically and continentally and help lead them to success.

What player in the Premier League or world football would you compare Nelson Semedo to and why?

Nelson is an attacking full-back who loves to get forward much more than focusing on the defensive game. In that sense, he’s similar to most of the top level modern-day fullbacks, the likes of his compatriot Joao Cancelo and Ricardo Pereira for example, though you would likely say he’s somewhere in the middle of the two, not quite as good defensively as Ricardo Pereira, and probably not quite as good going forwards as Joao Cancelo. But he’s in that sort of category, similar to Kyle Walker for example, offering good pace, energy and attacking prowess, and solid defensive cover too.

Finally, how much of a success do you think this move will be for Wolves and Semedo?

Ultimately I think it should be a very successful piece of business. Semedo played regularly for Barcelona over his three years at the club, and though his inconsistency meant that he never fully convinced at the Spanish giants, he showed those spells of class that prove he has what it takes to be the top-class right back Benfica fans were certain he’d become when he impressed at the Lisbon outfit before being sold to Barcelona in 2017.

He has all the attributes to be a success, and though he has some big shoes to fill in Matt Doherty who was so impressive at the club, he could well be an upgrade if he becomes a consistent performer.