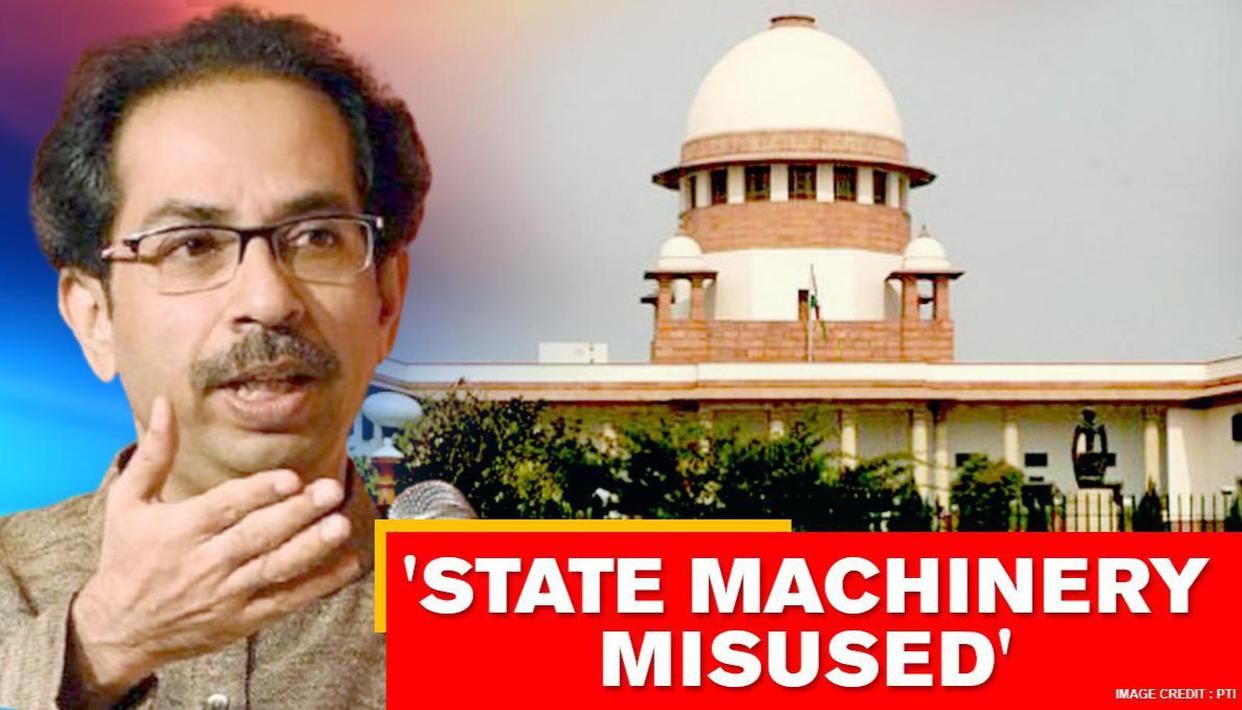 As the Maha-Vikas Aghadi government faces massive backlash over recent events, including its handling of the Sushant Singh Rajput death probe and the brutal attack on a Navy veteran, a petition has been filed in the Supreme Court seeking President's rule in the state.

The plea, filed by Delhi residents Vikram Gehlot, Rishab Jain, and Gautam Sharma has alleged that the state machinery is being "misused" by political parties in power and that criminal activity is not only being shielded but also encouraged in the state. Specifically mentioning the actions taken by the Shiv Sena against Kangana Ranaut and Navy officer Madan Lal Sharma the petitioners have alleged that the state machinery has resorted to "gangsterism" in the state which is accompanied by "police high-headedness". The plea has stated that all these actions by the state against its citizens has put the security of the residents of Maharashtra "at stake."

"These are few of the instance but gave enough in themselves to show that the activities of the State administration are not carried out with the provisions of law and as per the mandate of the Constitution but gives a feeling that some sort of the despotic rule is going on in the of Maharashtra. The spirit of democracy, law, and the is that a State should act in a lawful manner to the benefit of common citizens and act as per law," the plea said.

"On the contrary, when the State machinery allows itself to be used as a band of persons out to throw law to the winds and take to oppressive activities at the instance of the ruling dispensation which shows and establishes a failure of the constitutional machinery and require imposing of President's rule in the State," the plea added.

In turn, the plea has sought directions from the apex court to dismiss the current Maharashtra government and announce directions to impose President's rule. It has also stated, that if not the entire state, a state of emergency should be declared in the city of Mumbai and districts surrounding it to ensure safety and well being of common citizens residing in that area.

"Declare a state of emergency in the State of Maharashtra and in any case in the city of Mumbai and neighbouring districts as a grave threat to the security of citizens residing there has arisen due to direct conduct of the present government, and bring it under the rule of armed forces to assist the civil administration," it added.

(With inputs from ANI)

Read: Fadnavis Takes A Dig At Shiv Sena For Its Contrasting Stand On Farm Bills In Parliament