Women all over the world are mourning Ruth Bader Ginsburg - Insider

INSIDER
Share on FacebookShare Share on TwitterTweet
Ginsburg's legal career was marked by a series of arguments advancing women's rights and gender equality. 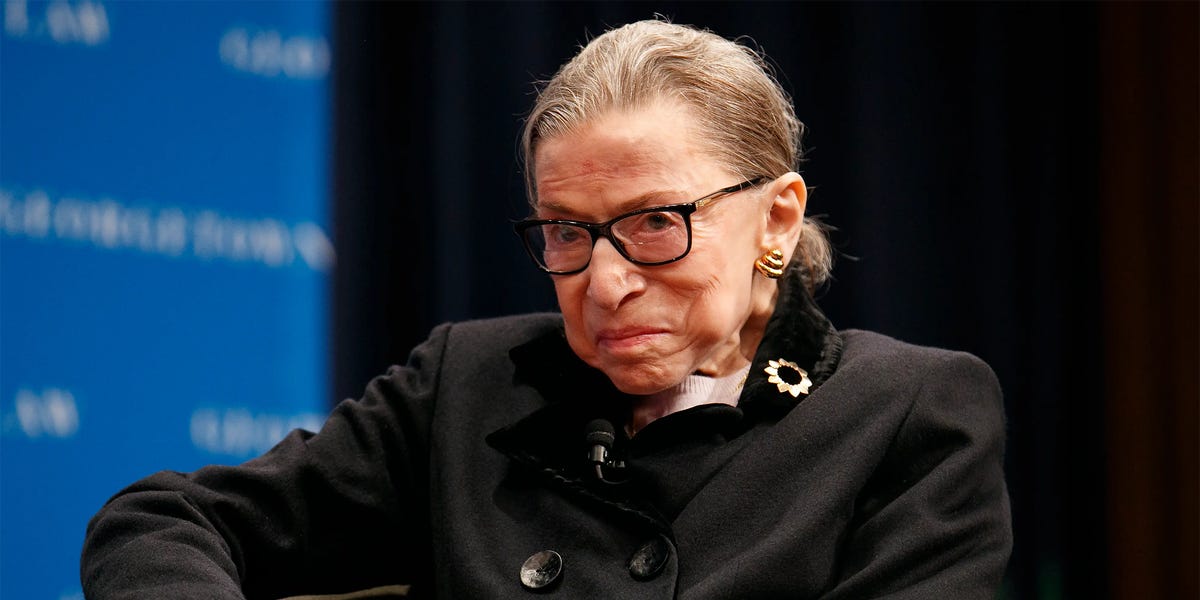 Women all over the world have been mourning Ruth Bader Ginsburg since the late Friday announcement of her death.

She had become a symbol of American pop culture, serving as the inspiration behind several books, movies, and dolls. On "Saturday Night Live," Kate McKinnon portrayed her as a feisty, tenacious spirit who delivered devastating "Gins-burns."

Her legal career was marked by a series of arguments advancing women's rights and gender equality. As an attorney, Ginsburg took on status quo laws that discriminated against women as jurors and estate owners.

In 1971, Ginsburg wrote up a brief for a case arguing that Idaho was discriminating against women as estate owners. A law in Idaho said that "males must be preferred to females" in deciding estate ownership, but Ginsburg's brief helped changed it.

Years later, Ginsburg argued against a Missouri law that allowed women to opt out of jury duty in the 1979 case Duren v. Missouri, meaning women made up less than 15% of all jurors. Ginsburg won the case, arguing that service done by women as jurors was just as valuable as that done by men.

As a Supreme Court justice, Ginsburg challenged an all-male admissions policy at Virginia Military Institute, delivered a scathing dissent of a majority decision to award a victory to a company engaging in gender pay disparity, and gave strong remarks in favor of accessibility of abortions in Texas. Opinions like these positioned her as one of the most left-leaning and feminist justices on the bench.

"Sometimes life changes because of law and sometimes because of culture. RBG did both," said Linda Hirshman, author of "Sisters in Law: How Sandra Day O'Connor and Ruth Bader Ginsburg Went to the Supreme Court and Changed the World."

After her death, women lawmakers, celebrities, and supporters reacted with shock, grief, and messages of power.

Here's what women all over the world have been saying: