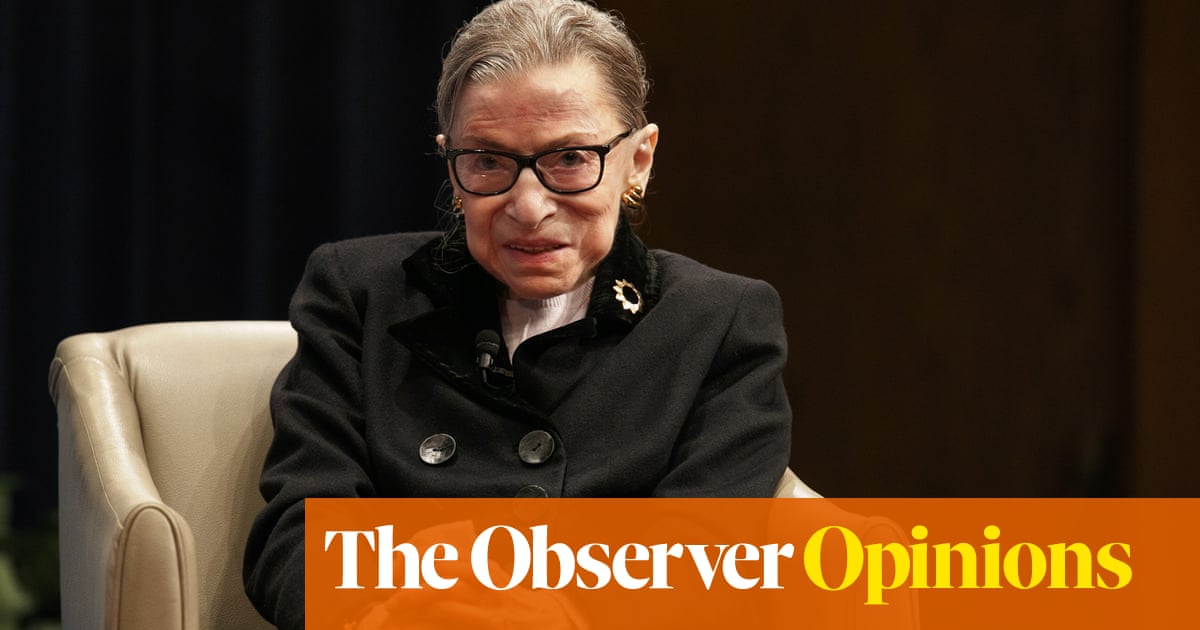 When, in 2015, Time magazine made Ruth Bader Ginsburg one of its 100 most influential people, it was the conservative and fellow supreme court justice AntoninScalia who observed: “Ginsburg has had two distinguished legal careers, either one of which would alone entitle her to be one of Time’s 100.”

Yet Ginsburg’s death on Friday is as likely to be marked by a political firestorm over who should replace her as by any consideration of her legacy. Of the many undemocratic features of US democracy, one of the most egregious is the political nature of the supreme court.

Joan Ruth Bader was born in March 1933 to Jewish immigrants in Brooklyn. When, in 1956, Ginsburg became one of nine women accepted to Harvard law school, out of a class of 500, the dean reportedly asked her to justify taking the place of a man. After graduating from both Harvard and Columbia law schools, she found that no law firm would employ her. “I was Jewish, a woman and a mother,” she recalled.

In the 1970s, working for the American Civil Liberties Union (ACLU), she pioneered a series of cases that challenged gender inequalities, from equal pay to abortion rights.

In 1960, Ginsburg was denied a job as a supreme court clerk after one justice Felix Frankfurter, refused to work with a woman. Thirty-three years later, Bill Clinton appointed her a supreme court justice. Ginsburg’s legal journey was a measure of the transformations in US life that she had helped bring about, while her role as a liberal icon was a reminder of the politicised nature of the court.

Whatever the outcome of the political shenanigans over the next supreme court judge, the legacy of Ruth Bader Ginsburg stands on its own merits.