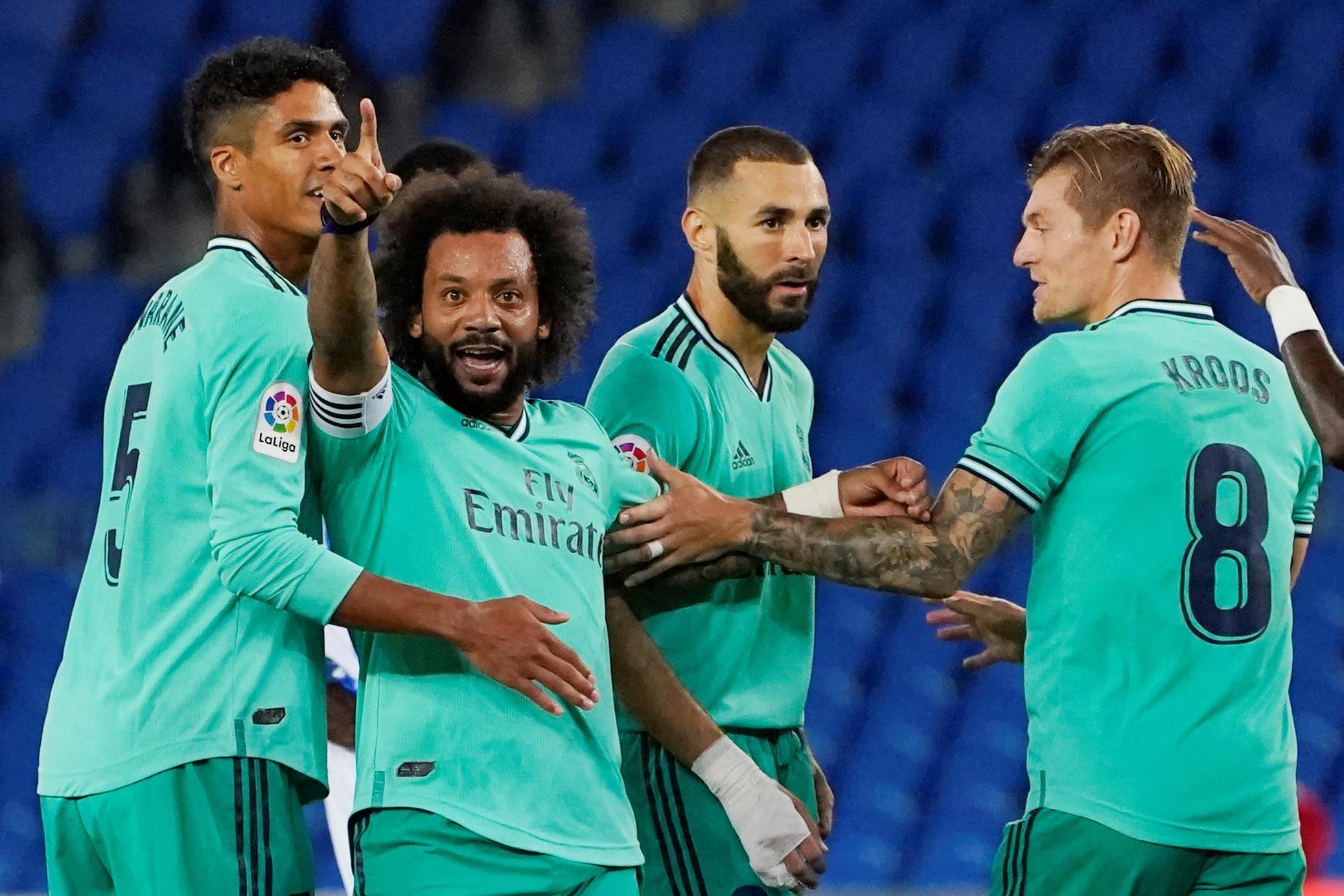 Madrid captain Sergio Ramos broke the deadlock in the 50th minute by converting a penalty after Vinicius Jr. went to ground in the area following contact from Sociedad's Diego Llorente.

Sociedad thought they had levelled with a strike from Adnan Januzaj from outside the box but the goal was ruled out after a VAR review showed Mikel Merino obstructing the view of Madrid keeper Thibaut Courtois without touching the ball.

Their sense of injustice deepened a minute later when Karim Benzema doubled Madrid's lead in the 71st minute after controlling the ball with the top of his arm although Merino ensured an exciting finish by lashing in off the crossbar seven minutes from time.

However, Los Blancos held on to go level on points with Barcelona, but top of LaLiga by virtue of a superior head-to-head record.

Can't see the blog? Click here for the desktop version.

Real Sociedad vs Real Madrid will be held at the Anoeta Stadium on Sunday, June 21, with kick-off scheduled for 9:00pm BST.

With six goals in their two games since the restart, Real Madrid have been clinical with Karim Benzema looking razor sharp in front of goal. A narrow win for the away side.

LaLiga and Premier Sports have confirmed that LaLigaTV will allow Sky customers to watch every Spanish top-flight game for free in June.

To get access to all the games, Sky UK customers should visit premiersports.com and register with the promo code BACKTOWIN. Non-Sky customers can also sign up using the same code.

With games due to be shown on TV on Channel 435 on Sky, fans can also live stream the matches online via the Premier Player app.

Real Madrid came from a goal behind to seal a 3-1 win in the reverse fixture last November.

Real Sociedad won both fixtures last term, however, a 3-1 win on their own turf following a 2-0 win at the Bernabeu.

We may earn commission from some of the links in this article, but we never allow this to influence our content. This revenue helps to fund journalism across The Evening Standard.