CBSSports.com
Share on FacebookShare Share on TwitterTweet
The retired pound-for-pound great and social media star will meet in an exhibition on Sunday from Miami 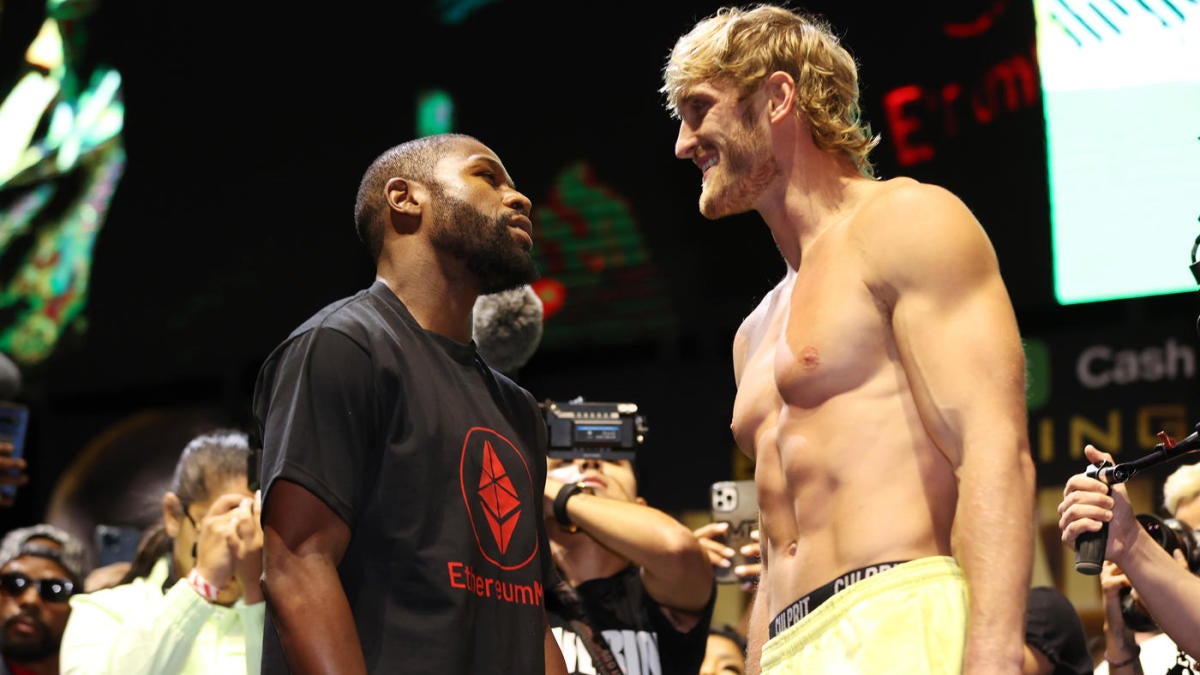 Hard Rock Stadium is set to play host to a massive boxing event on Sunday night. Legendary former five-division champion Floyd Mayweather will step into the ring with YouTube sensation Logan Paul for an exhibition bout.

Mayweather, 50-0 as a professional, will be at a significant size disadvantage against Paul, who lost his only pro fight. At Saturday's ceremonial weigh-ins, Paul weighed in at 189.5 pounds to Mayweather's 155. Paul will also enjoy a six-inch height advantage, but will be at a massive disadvantage in terms of actual boxing ability and experience.

Of note, there are no judges for the fight, and no winner will be announced should it go the full scheduled eight, three-minute rounds. The overseeing commission in Florida is, however, allowing knockouts and referee stoppages, so it is possible for one of the men to walk away with a "win."

Can't get enough boxing and MMA? Get the latest in the world of combat sports from two of the best in the business. Subscribe to Morning Kombat with Luke Thomas and Brian Campbell for the best analysis and in-depth news, including complete coverage of Mayweather vs. Paul on Showtime PPV all week long.

CBS Sports will be with you throughout the entire way on Sunday, so be sure to follow along with the live results and highlights below.