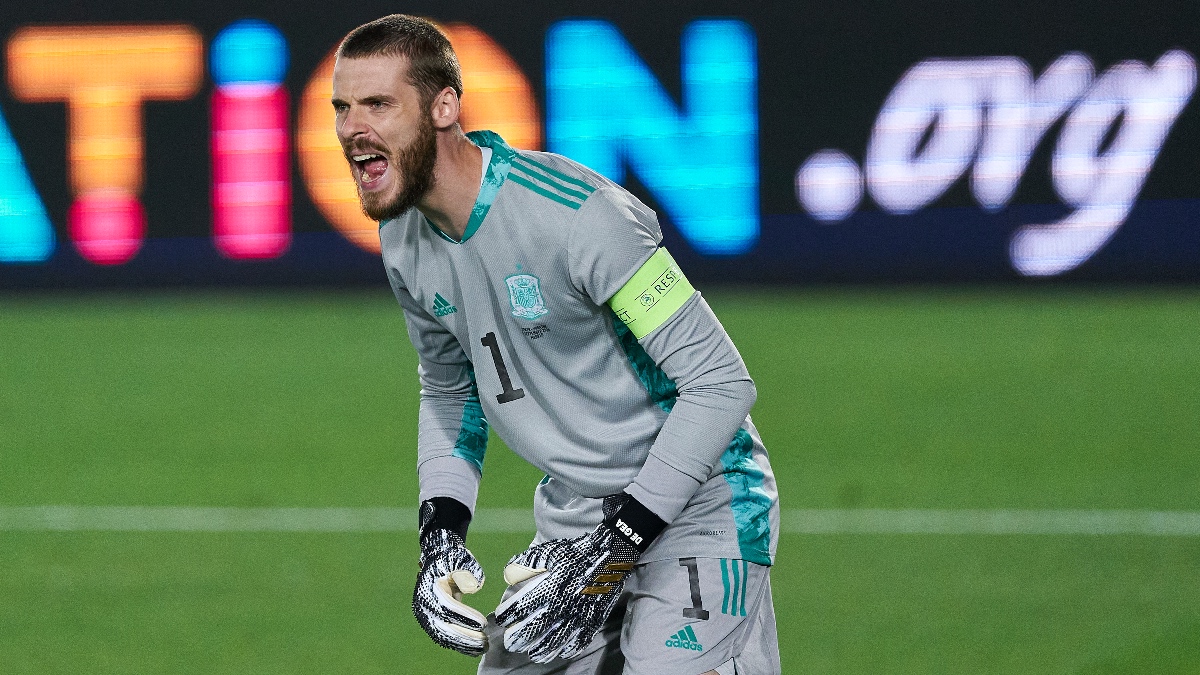 Odds updated as of Friday at 6:45 p.m. ET and via DraftKings. Get up to a $1,000 sign-up bonus at DraftKings today or see more offers and reviews for the best online sportsbooks.

The Red Devils haven’t played a competitive match since August 16, which was a 2-1 defeat against Sevilla in the Europa League semifinal round. Their opponent picked up all three points in last weekend’s opening  1-0 win against Southampton, thanks to a first-half goal by Wilfried Zaha.

At the end of the Premier League season in July, these teams were headed in opposite directions. Manchester United was unbeaten in the final 14 league games, while Crystal Palace was winless in its final eight games.

Heading into the new season, Manchester United made just one notable signing in Donny van de Beek from Ajax, and it’s not clear if the Dutch midfielder would play in the Red Devils’ best Starting XI.

While many are bullish on Manchester United’s chances to finish in the top four this season, I have my doubts about its offensive output as a team.

The Red Devils benefited from the most penalties in league single-season history, a number that’s almost impossible to repeat. With 55 non-penalty expected goals in 2019-20 and no notable additions, the Red Devils were closer to ninth than third in attack.

Expected goals (also known as xG) is an advanced statistic that gives an indication of whether results are based on sustainable factors like a steady creation of scoring chances, or whether it is down to aspects such as luck or outstanding goalkeeping.

All of that being said, Manchester United’s defense was actually underrated last year. For all of the talk of Paul Pogba and Bruno Fernandes’ return, along with the attacking duo of Marcus Rashford and Anthony Martial, the club was a Top 3 defensive side by both xG and goals allowed, despite getting average play from goalkeeper David de Gea.

What does all of this mean for this match against Crystal Palace? Manchester United is absolutely a team I’m looking to play unders on early in the season. An overrated attack, an underrated defense and matchup with the league’s worst-returning offense in Crystal Palace creates a recipe for both an under play and game prop bet.

The Eagles looked dangerous on their set pieces and counter attack against Southampton, generating three big scoring chances and a goal from them. However, Manchester United should do a much better job of clamping down with its elite counter-pressing ability.

I project 2.46 goals for this match and just 0.56 for Crystal Palace. Both teams to score is being offered at -125, even though I project this at 36%, which is showing clear value. Also, an alternative total of under 3 goals at -120 or better is worth a look.