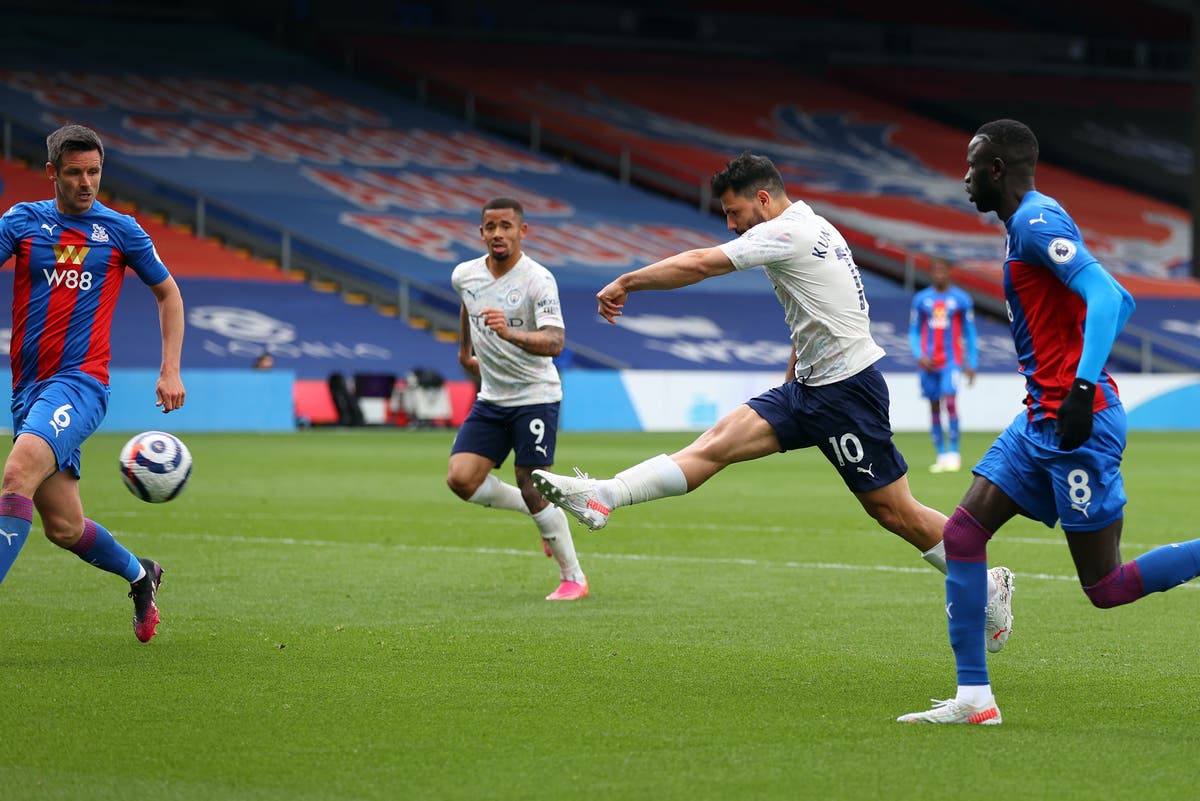 Pep Guardiola had one eye next week’s Champions League semi-final second leg against Paris Saint-Germain, having made eight changes today, but City could head into the game as Premier League champions after being Palace today.

A piece of magic by Sergio Aguero set them on the way to a 2-0 victory at Selhurst Park, with Ferran Torres scoring the second just 84 seconds later, and leave them on the brink of the title.

City's could have racked up a bigger margin of victory as they turned on the style with Raheem Sterling denied by the woodwork and Joao Cancelo also going close.

With four games left, City have 80 points, 13 ahead of Manchester United. Current reigning champions Liverpool head to Old Trafford on Sunday knowing a win will seal the title for City.

Even if United win, City can wrap up the title by beating Chelsea next weekend.

Relive the game LIVE with Standard Sport’s blog below...

"Unfortunately we were playing against a team with so much technical ability. You have got to work so very hard to keep them at bay.

"The first goal was not because we defended badly - it was just a fantastic pass, control and shot. Of course after all the good work you've done to keep them at bay, you're then looking at 1-0 to Man City and you know you've got to work hard to score a goal or two.

"As a result they could take their foot off the gas and run through the latter part of the game quite easily."

“We can start to think about it and put it in the fridge. The Premier League is already there, it is in our hands. We need one more victory, two more points.

“Now we have a (Champions League) game and we are going to give absolutely everything to try to reach the final.

“What a goal [by Aguero], what an action, what a player, what a man. I am incredibly delighted he is back. He is going to enjoy the last games. He showed with his goal what he has been and what he is. I am in love as a person. He is an incredible guy.

"After the Champions League it is always tough but the players who didn't play in Paris spoke on the grass and they did it perfectly."

"It's my job to score but the most important thing is the three points. Always the first half is difficult. The second half for us was better because we know how they defend.

"That goal [which won the title in stoppage time] is the best moment in my life. I will try to score a goal that's more important, but it's not easy.

"I am ready [to face PSG]. we will see on Tuesday. Of course every game I want to play."

That was City’s 11th-straight away Premier League win, matching their own record set in 2017 and Chelsea’s from 2008,

91min: Into the first of three minutes added on.

82min: Ayew on for Townsend.

80min: Milivojevic with a weak effort from the edge of the area. Ederson has that all day.