Chelsea striker Romelu Lukaku said nothing of note in his interview

The Pride of London
Share on FacebookShare Share on TwitterTweet
The recently released interview with Chelsea striker Romelu Lukaku has revealed some words that were said that have thrown the fanbase into turmoil. The Bl... 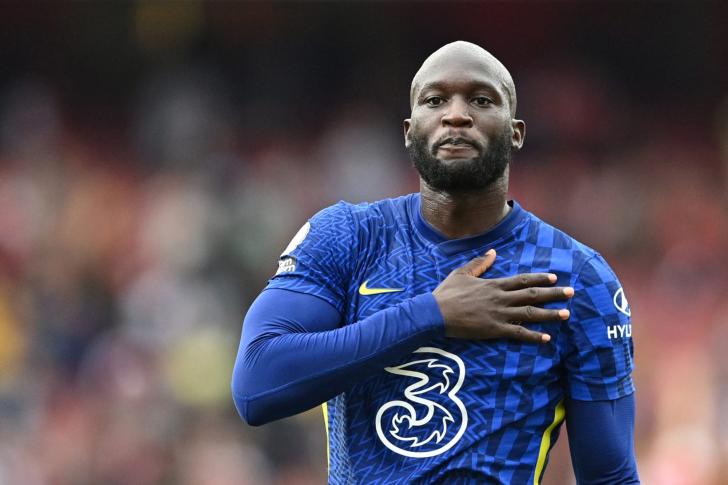 The recently released interview with Chelsea striker Romelu Lukaku has revealed some words that were said that have thrown the fanbase into turmoil. The Blues are at a point right now where the fans are desperate to blame someone, anyone, as we’ve seen in the hours since the 1-1 draw with Brighton on Wednesday evening. Chelsea fans are a delicate fanbase who are very easy to convince and often very difficult to reason with.

Some of the quotes that have surfaced that have sent Blues supporters into a rage are comments that any player would be expected to make. It is also important to note that no one knows what questions were asked to the Belgian. Lukaku talks about not being happy with the situation at the club at this moment in time, which greatly suggests that the interview was done around the time Lukaku was declared fit to play, but wasn’t playing. This was later confirmed by Matt Law, which means Lukaku’s interview didn’t particularly produce anything of note.

Chelsea superstar striker Romelu Lukaku said nothing of note in his interview, despite the backlash he’s receiving from fans at the moment

Every player, even fringe players, are unhappy when they’re not picked; more so when they’re not picked regularly. Lukaku is Chelsea’s marquee signing and most expensive buy in club history, so whatever happens, he’ll never fall into the category of Kai Havertz, Callum Hudson-Odoi, Mason Mount, Christian Pulisic or Hakim Ziyech, are fairly easily replaceable in the line-up when not given starts. He’s the one player that is sure to start most games in the campaign. When a player like Lukaku is not starting, he has a right to feel unhappy about the situation and he should not be expected to pretend that everything is sunshine and rainbows in SW6.

This is why the questions he was asked are very important, as well. If he was asked how he felt about not starting as regularly as he’d like, of course he’d say he’s not happy. He also mentioned the coach trying a different system/formation, which is his way of acknowledging that the coach is well within his rights to play whatever system he wants and selects whatever player he sees fit.  Another part of the interview includes Lukaku talking about returning to Inter Milan. The outrage on this one is rather overblown because Lukaku is obviously referring to finishing his career there, which isn’t likely because he’ll likely finish his career at Stamford Bridge. Lukaku is not calling out to Inter to bring him back to Italy, unlike another notable Belgian has done in years past.

The quotes very much sound like the publishers have decided to release it now for maximum effect. Chelsea is an easy target for this stuff because it has a very decisive board and an extremely reactionary fanbase. Should Lukaku have said “I’m perfectly happy with not starting games despite being fit, as long as I get paid and we’re winning games” instead? There’s nothing newsworthy about a high profile signing not being happy about not starting games he feels he should be starting. Players love managers when they start them regularly, and hate them if they don’t, as Jose Mourinho knows very well. It’s perfectly normal for players to be unhappy when they’re not playing. As long as the manager is sure of what he’s doing, he should just stick to it.

Some are calling for disciplinary actions to be taken against the club’s No. 9, some are worried that disciplinary action won’t be taken against him because of his price tag and wages. Wrong on both counts. Disciplinary action won’t be taken against him because he’s done and said nothing wrong. He won’t be benched, not because of his price tag, but because the Blues don’t have anyone that does what he does, that’s why he was bought. The Blues were in need of a striker, they bought Lukaku, and when he doesn’t start, he should be expected to be unhappy. No world class player worth his salt will not be unhappy when he’s not starting as much as he feels he should be, and it should have no bearing on what the manager does, but players are allowed to feel how they feel.

What did you make of Lukaku’s comments? Let us know in the comments or on Twitter!