CNN International
Share on FacebookShare Share on TwitterTweet
It's safe to assume that Lionel Messi is still not happy with Barcelona's board.
The 33-year-old, who had expressed his desire to leave the club this summer only to eventually agree to stay, has aimed yet another dig at the club's hierarchy after the departure of close friend, and now former teammate, Luis Suarez.
The Uruguayan striker signed for La Liga rivals Atletico Madrid this week after being told he was not part of new boss Ronald Koeman's plans, ending his six-year spell at the Nou Camp.
Suarez cut an emotional figure during his farewell press conference on Thursday. 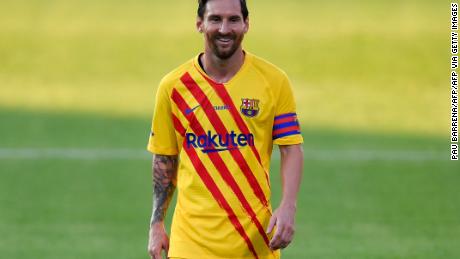 Messi, who had attended the press conference, sent a tribute to Suarez via social media on Friday, and criticized the way the club had treated him, saying the striker had been "thrown out" and that nothing surprised him anymore.
"The idea had already been in my head but today I entered the changing room and it really dawned on me how difficult it is going to be to not continue sharing the day to day with you, both on the pitch and off it," he wrote on Instagram, along with an array of pictures of the pair.
"It was many years, many mates, lunches, dinners. Many things that will never be forgotten, every day together. It will be strange to see you with another shirt and much more so to face you.
"You deserved to be given the farewell for what you are: one of the most important players in the club's history, achieving important things both as a group and individually. And not to be thrown out like you were. But the truth is at this point nothing surprises me."
Asked by CNN for a response to Messi's Instagram post, Barcelona declined comment.
READ: The football factory where superstars are made 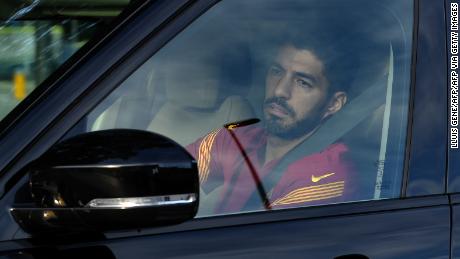 The pair became good friends after Suarez joined Barca from Liverpool in 2014 and went on to win 13 trophies together, forming one of the deadliest attacking lines in history.
Suarez scored 198 goals to become Barcelona's third all-time top scorer, an achievement acknowledged by club president Josep Maria Bartomeu when the striker departed. 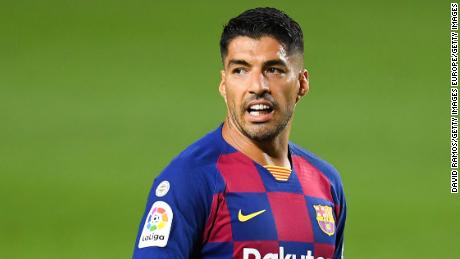 "Your character, your winning spirit and your footballing talent leave an unforgettable memory among all culers (Barcelona fans)," Bartomeu wrote on Twitter.
"We hope the Camp Nou will soon be able to give you the farewell you deserve. Barca will always be your home."
Messi had wanted to leave Barcelona, the only club he has played for professionally, but refused to go to court to force through a move.
The player's father and agent, Jorge Messi, believed his son had a clause in the contract which allowed him to leave for free this summer. However, both the club and La Liga maintained that the existing contract was valid.
The Argentine vented his frustrations with the club president during an interview in which he explained his decision to stay.
"It was a very difficult year, I suffered a lot in training, in games and in the dressing room," he said in the interview with Goal.com.
"The president always said that at the end of the season I could decide if I wanted to go or if I wanted to stay and in the end he did not end up keeping his word."
Despite being publicly unhappy with Barcelona, Messi has promised to give his all on the pitch and is likely to feature in the club's first La Liga game of the season against Villarreal on Sunday.