Evening Standard
Share on FacebookShare Share on TwitterTweet
Arsenal begin their Carabao Cup campaign with a challenging trip to Leicester on Wednesday. Mikel Arteta's side enter the fixture with confidence in abundance after back-to-back Premier League wins, which followed Community Shield and FA Cup success.

Arsenal begin their Carabao Cup campaign with a challenging trip to Leicester on Wednesday.

Mikel Arteta's side enter the fixture with confidence in abundance after back-to-back Premier League wins, which followed Community Shield and FA Cup success.

They come up against a Leicester side who have also won two from two, with a trip to either Lincoln City or Liverpool awaiting the victor in the fourth round.

Leicester vs Arsenal is scheduled for a 7.45pm BST kick-off on Wednesday, September 23.

This match will be played behind closed doors at the King Power Stadium with no fans due to be present due to government guidelines regarding coronavirus.

Live stream: The match will not be televised live in the UK, but fans will still be able to watch via the carabaocup.live website.

Mikel Arteta is expected to make a number of changes to the side that beat West Ham last time out.

The Spaniard could be set to hand debuts to Runar Alex Runarsson, who joined Arsenal on Monday, and William Saliba, who is being slowly integrated into first-team action. 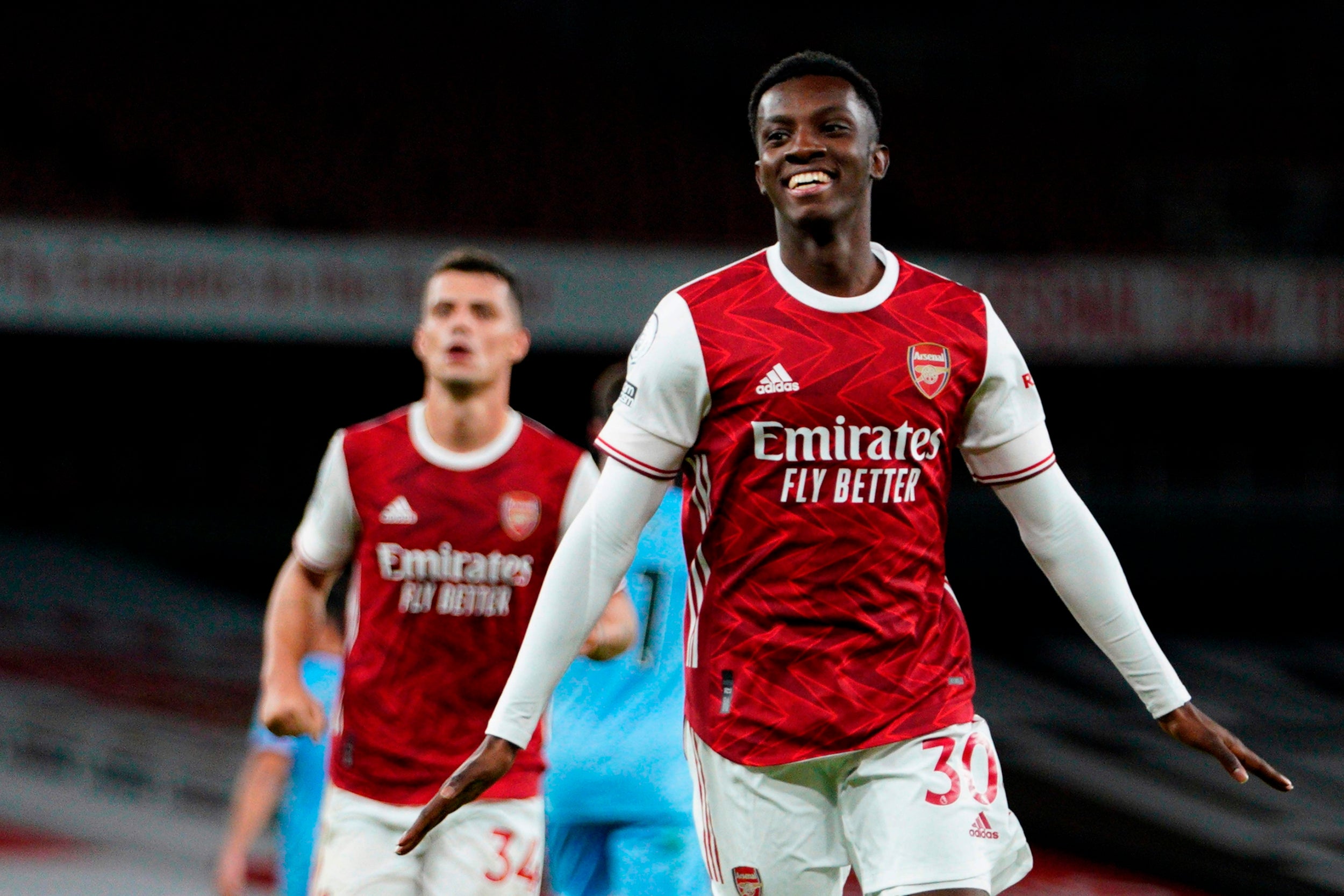 After his Hammers heroics, Eddie Nketiah is expected to lead the line, with Reiss Nelson and Nicolas Pepe also likely to have their chance to impress.

In defence, Cedric Soares will be hoping to make his first appearance of the season, while Joe Willock is likely to get a start in central midfield.

Though this is an extremely difficult tie to call, Arsenal have been impressive in the way they've managed to get the job done of late.

They were perhaps less than fantastic against West Ham last time out, before substitute Nketiah nicked a winner five minutes from time.

Expect a tight affair - one which could go either way - but I think Arsenal will just take it.

This will be the 144th meeting between these two sides, with Arsenal taking the lion's share of the victories to date.

The Gunners have emerged victorious on 66 occasions, while Leicester have come away with 32 wins, alongside 45 draws.

Leicester ran out 2-0 winners when the pair met at the King Power Stadium last season, with Arsenal failing to defeat the Foxes since a 3-1 win back in October 2018.

We may earn commission from some of the links in this article, but we never allow this to influence our content. This revenue helps to fund journalism across The Evening Standard.​