Review: Shall We Begin to celebrate Laycon?

Music In Africa
Share on FacebookShare Share on TwitterTweet
The artist known as Laycon has reached a popularity his previous incarnation as a skinny guy named Olamilekan Moshood Agbeleshe couldn’t have imagined any time before last year. But courtesy of the fifth season of the reality TV show Big Brother Nigeria 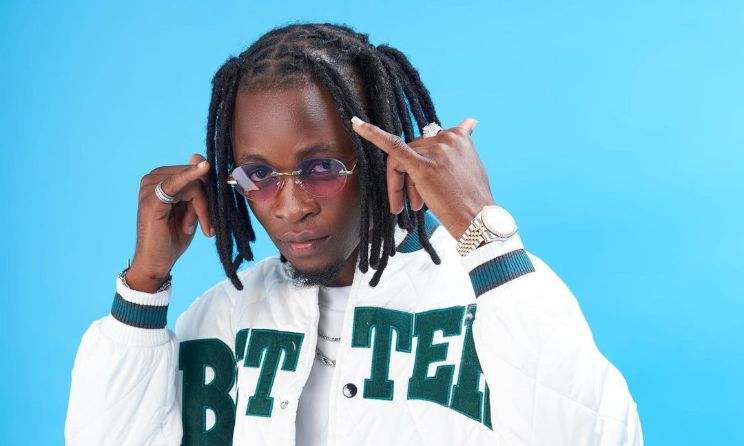 I saw that scene myself and was intrigued enough to capture a blurry version of the event. And I am not one of the millions of viewers who have tuned in day after day to watch the hugely popular show. But such is the nature of these things that however reluctant you are, some aspect of its huge wave is bound to get you. Inevitably, I followed the friendship-turned-beef between Laycon and his nemesis Erica Nlewedim on social media, where almost daily something related to the show turned up. As their beef made them even more famous only, I started to wonder how it happened. Allow me to provide a short version of my conclusion.

The beef’s eventual storyline was such that anybody could project their own identities on either person. Laycon was male, from a low-income class, quiet, non-posh, and not exactly great looking. Erica was female, strikingly beautiful, assertive, relatively posh, and obviously from a (higher income) class. She was also recognised by some as an actress; Laycon was an obscure rapper. Whatever adjective you identified as or aspired to be, one of them surely embodied it.

That clarity of identity helped them recruit even more fans and when they emerged as incredibly popular following the show, it served their marketability to companies looking to push their brand narratives by association. Since the show ended in October, they have both monetised their fame impressively. It seems certain that they will not be broke anytime soon.

Given the wealth that Laycon has now acquired – he won the show and received cash and other prizes worth around $200 000 – one might wonder why he has bothered to put out an album in a perilous time for any musician who wasn’t already a big popstar or getting there before now. With what he has earned, he can embark on a more lucrative business.

Well, there is, of course, the small thing of a young man’s dream. But I think there is another reason: he knows he can’t fail. He may not have become big exclusively through music, but Laycon is currently too big to fail. If he yawned, not only would he get people streaming it, Laycon would get a star or two to drop a verse on it.

Lured by the same thing that has attracted well-known brands, artists, including noted producers and performers, want to work with him. In effect: before release, Laycon’s album already has some of Nigeria’s talented artists including Joeboy, Teni, and the producer Major Bangz involved; post-release, there already is a massively engaged fanbase, cultivated heavily on social media, waiting to consume whatever gets released. Laycon can’t lose. And he can’t lose especially in the streaming era, where the transition from Twitter or Instagram fan to music consumer is a click or two away. You don’t have to leave your toilet seat as you needed to in the CD era. You don’t even have to pay.

So to address the question of quality, I have to resort to a question that is a bit like science fiction these days: Would Shall We Begin have succeeded in the pre-streaming era after its initial publicity push? I think it would have but nowhere near the scale it seems likely to achieve now. Although Laycon’s delivery often sounds amateurish, the production value of Shall We Begin is quite high. The lush danceable melodies, for example on ‘Kele’ with Joeboy, ‘Want You Back’ with Teni and ‘All Over Me’, were always going to find fans. And there is something about the songs on Shall We Begin that suggests they are ideal for performances that would see the audience shouting lyrics back at the performer (ahem, post-COVID). It seems assured that even if this isn’t an album that belongs to the first rank of albums by Nigerian rappers, with an equivalent level of marketing, Shall We Begin would have achieved moderate success at an earlier point in music history.

The one low-point of the album is ‘Bam Bam’. The song, which sounds like it was created just so Laycon can say he, like his rap ancestors, has a braggadocio sex song, has a chance of finding success among teenage boys but its lyrics will be a hard-sell to any other demographic. A better song, indeed, one of the album’s highlights is ‘My Lane’, which will remind his fans of the seeming humble contestant who won their votes on the reality show from last year.

“They say I’m just a bushboy who knows how to rap,” he says on the song. Well, that bushboy has made it. Shall we begin to celebrate him? If you are just asking that, you are late. The celebration has started without you.