INSIDER
Share on FacebookShare Share on TwitterTweet
LeBron James scored 38 points, including 16 in the fourth quarter, to help the Lakers eliminate the Nuggets and make the NBA Finals. 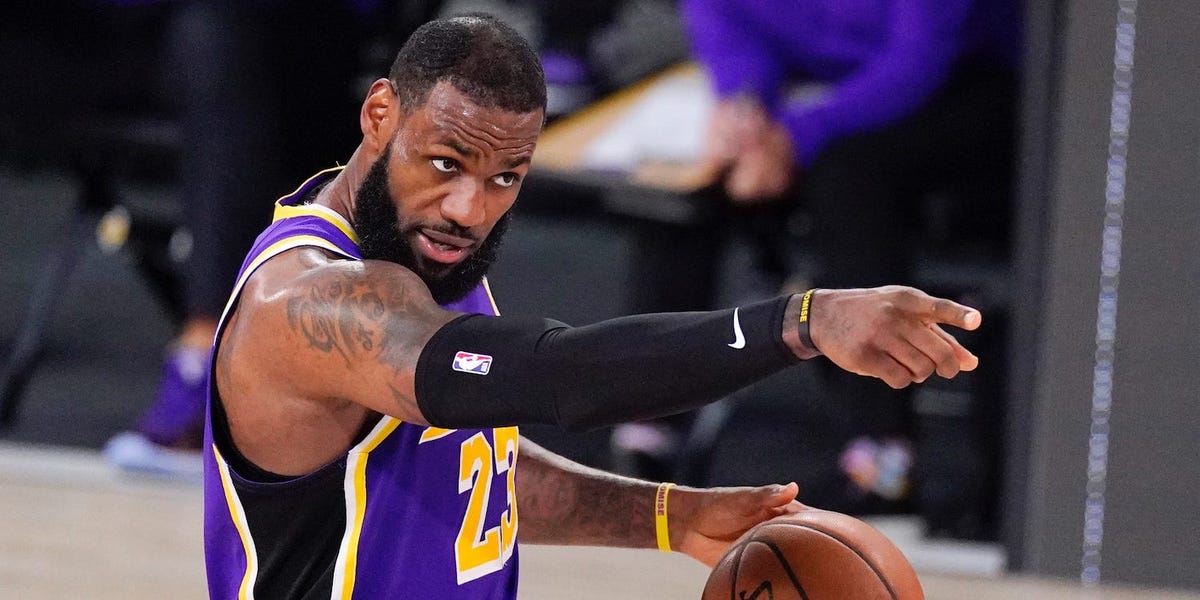 LeBron James sensed the finish line and carried the Los Angeles Lakers over it on Saturday.

James scored 38 points with 16 rebounds and 10 assists to help the Lakers eliminate the Denver Nuggets and make the NBA Finals. It's James' 10th overall Finals appearance and his ninth in 10 years.

James' dominant night included a two-minute stretch in the fourth quarter in which he scored nine points on four straight field goals. The stretch pushed the Lakers' lead from nine to 12, with James' final shot, a deep three-pointer, felt like something of a dagger.

In total, James scored 16 of his 38 in the fourth quarter.

After the game, Lakers head coach Frank Vogel said it was one of the most impressive games he had seen in person. He also commended James for shutting down Jamal Murray late in Game 4.

"I don't know if I've ever witnessed a guy take over the game the way he did in the fourth quarter tonight in person," Vogel said. "It was remarkable. Doing what he's doing on the defensive end ... He takes the assignment of guarding their hottest player, wins that game for us. Obviously, taking over down the stretch, possession after possession after possession of big shots, big plays. Just a remarkable performance."

After the game, James described his mindset, saying in close-out games, he wants to be as a "desperate" as the team facing elimination.

"I've always had the mindset that in a close-out game, for me, personally, I'm just as desperate as the team that we are trying to close out," James said. "I don't want to play another game. And if we are in a position where we can win that game, that's just my mindset."

Vogel said James was motivated all season long after missing the playoffs last year, breaking what had been a 13-year streak.

"I just feel he's had a chip on his shoulder all year long," Vogel said. "Everybody has doubters. To be in the Eastern Conference and get there as much as he had, now to come over to the Western Conference, I think just an enormous accomplishment to do it with a third team."