Warriors Wire
Share on FacebookShare Share on TwitterTweet
In game four of the Eastern Conference Finals, ex-Warrior Andre Iguodala scored three points in 27 minutes for the Heat against the Celtics. 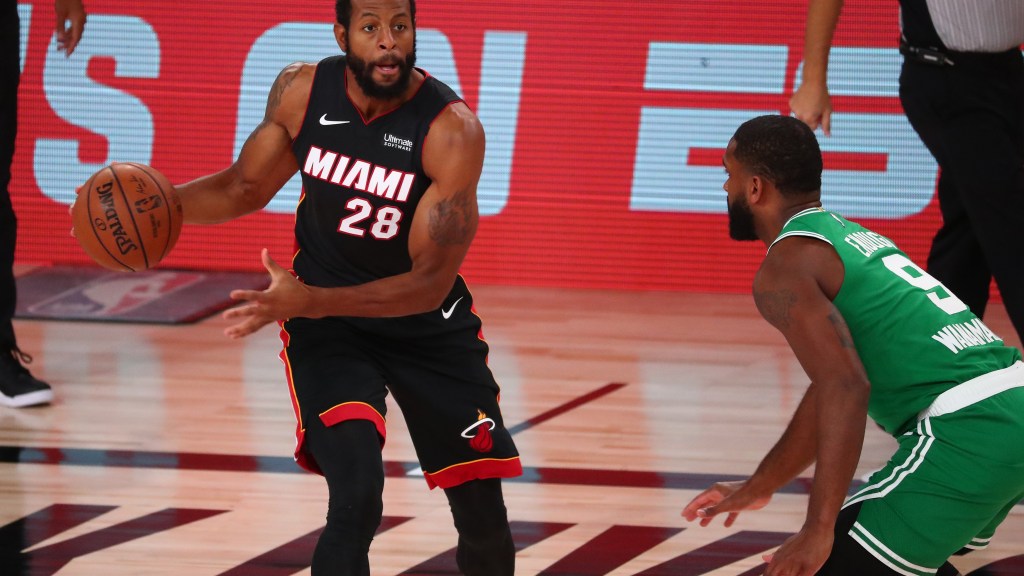 By Tommy Call III | 3 hours ago

While the Golden State Warriors are kicking off their offseason minicamp at Chase Center in San Francisco, four teams are still fighting for a chance at the NBA Finals inside the Orlando Bubble.

With Golden State not involved with the NBA’s postseason for the first time since 2012, Warriors Wire is checking in with former members of the Dubs at Disney Land.

Although the Warriors streak of five consecutive trips to the NBA Finals has ended, Golden State’s former sixth man has a chance to add to his appearances in the title series.

On Wednesday, Andre Iguodala laced up for game four of the Eastern Conference Finals series between the Miami Heat and the Boston Celtics. After playing only seven minutes in games two and three, the veteran forward logged a series-high 27 minutes in game four.

Iguodala tallied three points on 1-of-4 shooting with three steals, two assists and two rebounds. All four of Iguodala’s shots came from beyond the arc.

One of Iguodala’s assists led to a crucial bucket that helped seal the game for Miami. The 2015 Finals MVP kicked out a pass to an open Goran Dragic at the 3-point line. The Miami guard splashed the long-distance jumper to give the Heat a seven-point advantage with under two minutes remaining in the game.

The Kentucky Wildcats product’s 37 point performance was second to only Hall of Famer Magic Johnson for the highest scoring mark for a 20-year-old in a postseason contest.

Watch highlights from Herro’s impressive outing via @Ballislife on Twitter:

Following their 112-109 victory, the Miami Heat are only one victory away from punching a ticket to the NBA Finals. Iguodala and the Heat will suit up for game five on Friday at 5:30 P.M. PT.