Why Jason X Is a Perfect Friday the 13th Sequel

Den of Geek
Share on FacebookShare Share on TwitterTweet
Many Friday the 13th fans have their own personal franchise favorite, but Jason X has become a more popular choice in recent years due to its no-holds-barred silliness. 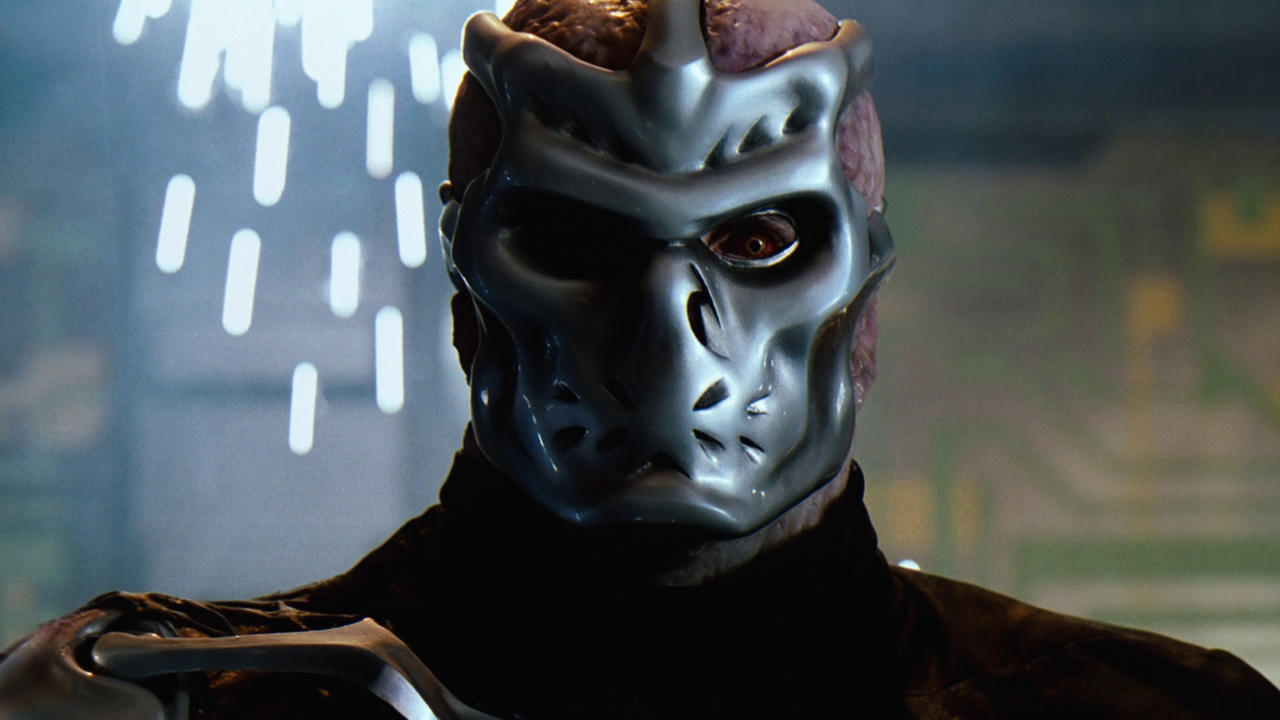 While the 2009 remake tries to answer these questions with a streamlined narrative that introduces things like underground tunnels to explain his ability to cover ground, doing so erases the core appeal of Jason. He doesn’t need reasons because he’s a myth. Jason feels less like the creation of craven Hollywood producers and more like a boogeyman conjured by 11-year-olds trying to freak each other out.

By setting the movie in (the then-future of) 2008 and 2453, Jason X leans into the legend of Jason. When Rowan and Dr. Wimmer describe him, they’re talking about more than the guy we’ve seen on screen. They refer to the Jason of our nightmares, the larger-than-life monster who does not hold to rules. That’s only truer of the movie’s climax, in which (as the tagline puts it) evil gets an upgrade, and nano-bots reconstitute Jason into a futuristic slasher. Sure, he looks ridiculous, but he also looks exactly like what an 11-year-old would draw if you told them to imagine a space slasher.

All this high-minded blather aside, there’s really only one reason to watch a Friday movie: the kills. Thanks to its overstuffed cast, Jason X sends plenty of bodies to hit the floor. People get impaled and defenestrated, cut in half and pushed through space vents. While the digital effects of a late-90s movie can’t compare with the great Tom Savini effects of Part I and Part IV, they still largely work here, thanks in part to the excellent performances.

Even better, the film has two of the all-time best in the Friday franchise. The first occurs fairly early in the movie when Jason awakens aboard The Grendel. He grabs the student examining him by the back of the head and submerges her face in liquid nitrogen. The camera holds below the surface and we watch as the look of terror literally freezes on her face. Jason pulls her back up, but only to smash the icy visage on the table, lifting the body back up again to reveal gooey red gore.

The second occurs toward the end of the movie when the survivors try to trick Jason by using a futuristic version of Ginny’s gambit from Part II. Using their Star Trek-like Holodeck, the survivors conjure a virtual Camp Crystal Lake, complete with two teens who invite Jason to join them in his least favorite vices, including smoking pot and premarital sex. The camera cuts away, but when we return, we see Jason slamming one girl-stuffed sleeping bag into another, a heightened version of his kill from Part VII.

It’s this second kill that makes Jason X the ideal movie to rewatch. It pays respects to the mythology established by the previous nine films but also recognizes the movie’s inherently craven roots. It pushes the franchise to new territory, without ever abandoning core principles. Most importantly, it never forgets that these movies are about a big guy in a mask slaughtering teens in the most entertaining manner possible.