The Guardian
Share on FacebookShare Share on TwitterTweet
The president agreed to the forum after Biden’s campaign set up theirs; both events will air at the same time on different networks 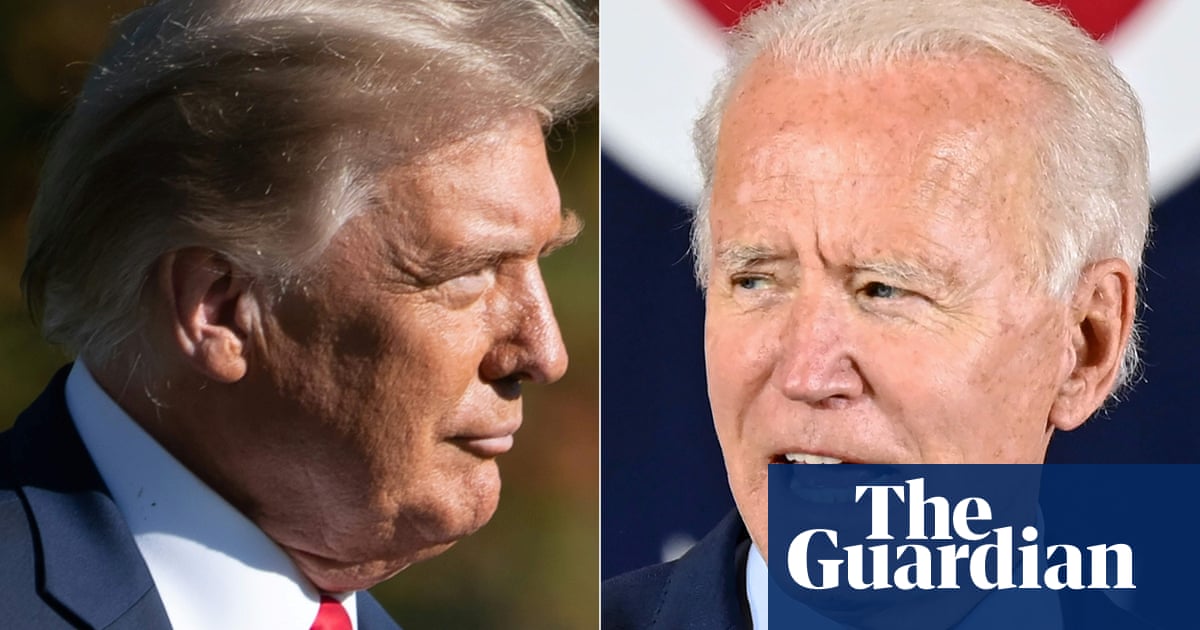 Donald Trump and Democratic challenger Joe Biden faced voters – but not each other – at dueling town hall-style events on Thursday night, in lieu of a presidential debate.

The candidates were originally scheduled to participate in the second of three presidential debates in Miami, until Trump abruptly withdrew from the forum after the nonpartisan Commission on Presidential Debates announced it would be held remotely due to concerns the US president might still be infectious with coronavirus.

Shortly after Trump’s decision, the Biden campaign proceeded to set up a telecast with ABC News in Philadelphia and the commission formally cancelled the debate.

But Trump, slipping farther behind in national and battleground state polling, was unwilling to cede the prime-time coverage to his opponent. On Wednesday, NBC news announced that it would hold a town hall with Trump in Miami on Thursday night, at the same time ABC will air its forum with Biden.

Speaking on Fox Business ahead of the event Trump bashed NBC News and claimed he was being “set up tonight” in what amounted to “a free hour on television”. And he previewed the event during a rally in North Carolina by swiping at moderator Savannah Guthrie and other network anchors.

“So you know, I’m being set up tonight, right. I’m doing this town hall with Con-cast,” Trump said, mocking the name of NBC’s parent company. “So I’m doing it and it’s NBC. The worst.”

“And so they asked me if I’d do it, and I figured what the hell, we’ve got a free hour on television,” he said.

Trump returned to the campaign trail this week following his hospitalization with the coronavirus. Ahead of his first public rally on Monday night, the White House physician Sean Conley said that the president had tested negative on consecutive days and was no longer contagious.

Biden’s vice presidential running mate, Kamala Harris, canceled her travel through the weekend after two people who had traveled with her tested positive for the coronavirus.