Toronto preparing to cancel fall and winter events due to coronavirus, mayor says

CP24 Toronto's Breaking News
Share on FacebookShare Share on TwitterTweet
Expect that major fall and winter events, including New Year's Eve celebrations at Nathan Phillips Square, to be cancelled due to the growing presence of COVID-19 in the city, Toronto Mayor John Tory says. 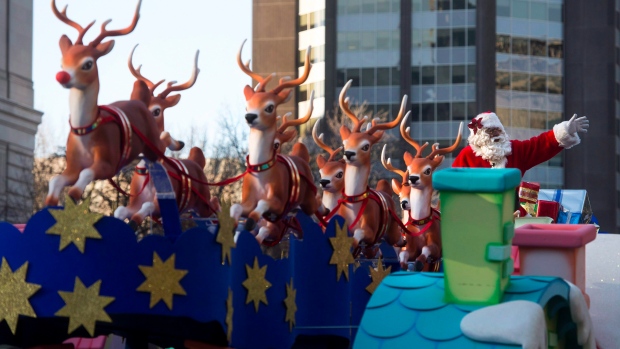 Expect that major fall and winter events, including New Year's Eve celebrations at Nathan Phillips Square, to be cancelled due to the growing presence of COVID-19 in the city, Toronto Mayor John Tory says.

With several hundred new coronavirus infections reported daily in the city this week, and the size of outdoor gatherings reduced to 25 across the province, Tory said there's just no way to justify the kind of gatherings generated by those events.

"People should count on the fact that it won't be happening because we just can't foresee a situation at the moment, even by then, where we could gather 30,000 people to watch fireworks and so forth," Tory told CP24 on Wednesday.

Other events scheduled for this fall and winter include Remembrance Day ceremonies and the Santa Claus Parade.

Tory said the city is preparing an announcement concerning all of those events in the coming days, similar to what was done about major summer events that were cancelled or went virtual like the Caribbean Carnival or Pride Month.

"If we're saying to people that large crowd scenes are not good, large gatherings are not good, being in a crowded bar scene after midnight is not good, then it hardly stands to reason that we should be having big celebrations in Nathan Phillips Square and Nuit Blanche and all of those things," Tory said.

Tory also took time to urge the Ford government to "get on with it" and announce all of the things it plans to do to counter the fall second wave of COVID-19, instead of stretching it out over several days, adding that the public is capable of comprehending more than one facet of a plan at once and the province's rising case counts demand swift action.