Jakarta Post
Share on FacebookShare Share on TwitterTweet
The General Elections Commission (KPU) has banned crowd-pulling activities during the campaign trails in the upcoming simultaneous regional polls following concerns of heightened COVID-19 transmission in the country. 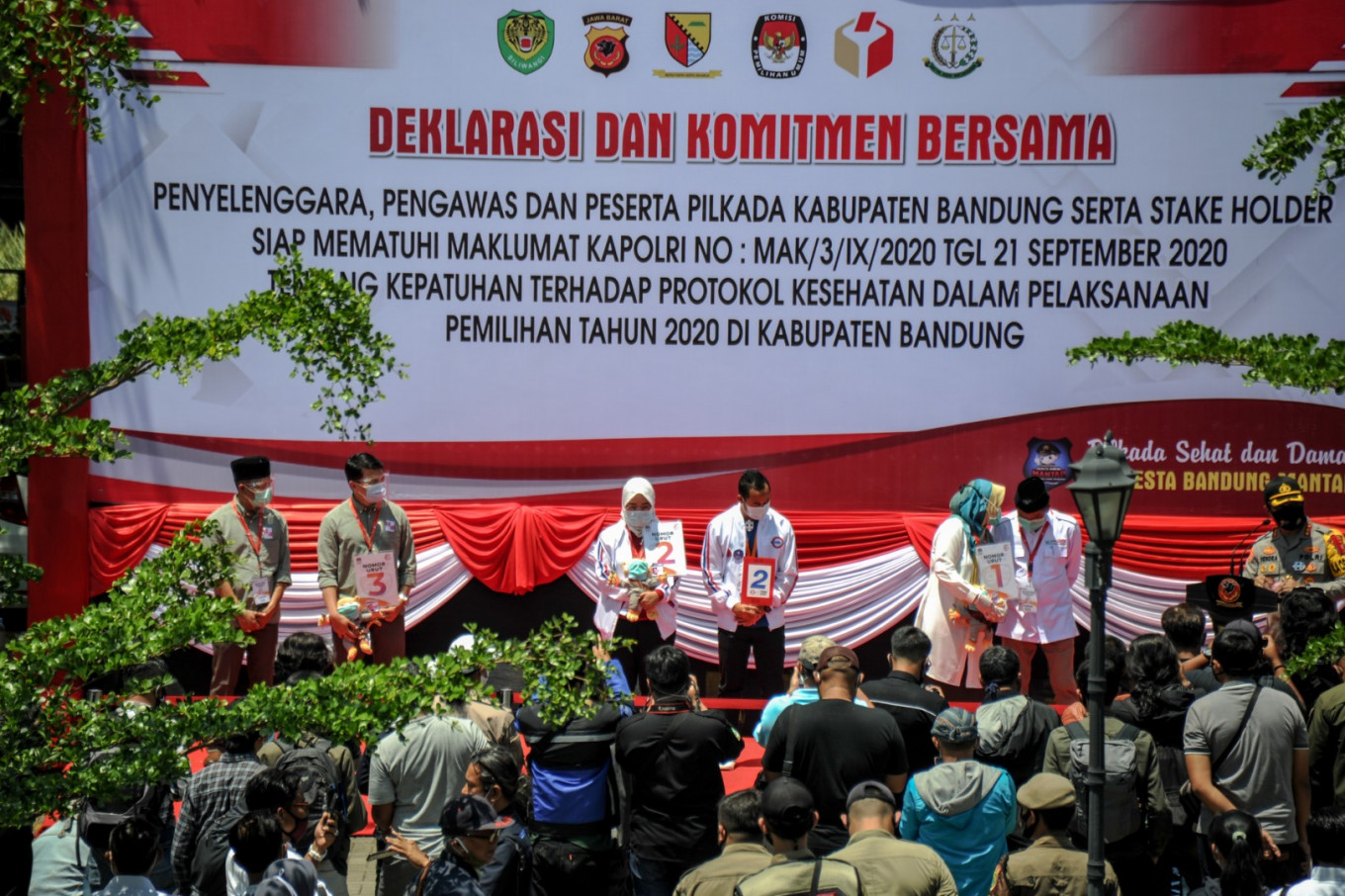 The General Elections Commission (KPU) has banned crowd-pulling activities during the campaign trails in the upcoming simultaneous regional polls following concerns of heightened COVID-19 transmission in the country.

The prohibition was arranged in the newly revised KPU Regulation No. 13/2020 on holding the regional elections during the COVID-19 pandemic, signed by the commission on Thursday, commissioner Ilham Saputra said.

Observers and government officials had raised concerns prior to the revision that Article 57 of the regulation might bring further transmission risk as it allowed candidates and supporters to hold music concerts, art performances, harvest festivals, walk and bike events, competitions, bazaars and other crowd-pulling activities during campaigns despite the ongoing outbreak.

The revised regulation, he explained, also stipulated that regional offices of the Elections Supervision Agency (Bawaslu) would issue a written notice for parties holding the said crowd-pulling activities for campaigns. If the campaign organizers for the candidates fail to follow the warning within one hour of issuance, Bawaslu will disband the campaign activities.

Previously, the KPU urged the government to ban activities involving large crowds and impose stricter health protocols for the simultaneous polls, set to take place on Dec. 9, through a regulation in-lieu of law (Perppu).

After several meetings with the KPU and Bawaslu to discuss the Perppu, however, the Home Ministry said the government was dropping the plan, opting to revise the KPU regulation instead.

As many as 270 regions across the archipelago will participate in this year’s elections to select their new leaders. There have been mounting calls from observers and prominent organizations for the government to postpone the poll for safety reasons amid a recent spike in coronavirus cases.