Brila
Share on FacebookShare Share on TwitterTweet
Super Eagles and Villarreal winger, Samuel Chukweze says he can't wait to be back from injury for the Europa League final. 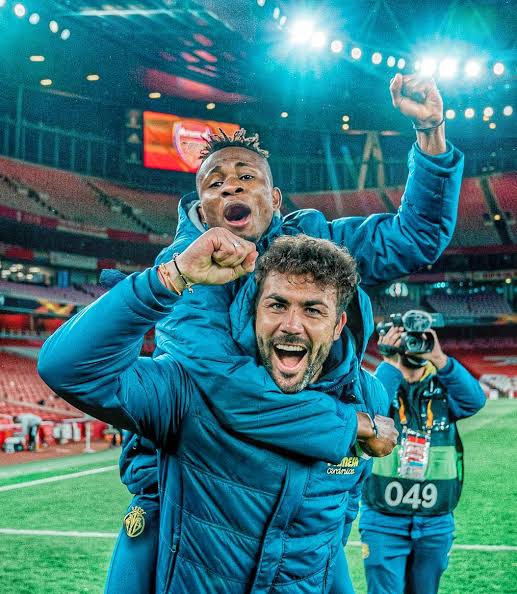 Super Eagles and Villarreal winger, Samuel Chukweze says he can’t wait to be back from injury for the Europa League final.

The Nigerian winger was taken off in the first half after sustaining hamstring injury in second leg semi-final clash with Arsenal in London on Thursday.

Despite Chukwueze going off with over 60 minutes left to play, Villarreal protected their slim advantage and zoomed to the final with 2-1 aggregate victory.

After the game, injured Chukwueze couldn’t walk and was carried by teammate Vicente Iborra as he joined the rest of the sqaud to celebrate their first ever European final.

Commenting on his injury, Chukwueze thanked the fans for the their messages and also assured them that he would return for the final.