Former Vice President Atiku Abubakar has come under fire for removing a tweet condemning the murder of Deborah Samuel.

Deborah was killed and body set ablaze by Muslims students for insulting their Holy Prophet – Mohammed.

The student of Shehu Shagari College of Education was said to have challenged her colleagues for posting religious things on the department’s WhatsApp group chat.

Atiku had in a tweet frowned at the murder, saying there is no justification for the dastardly act.

However, some of his Muslims brother attacked him for his tweet and threatened not to vote for him in 2023.

His action did not go down well with many Christians, who also vowed not to vote him. 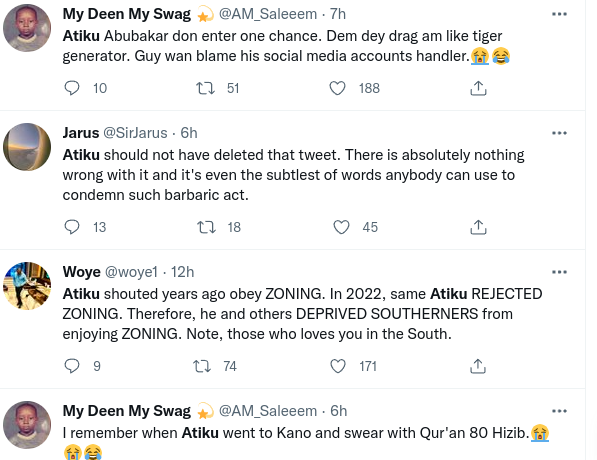