ESPN
Share on FacebookShare Share on TwitterTweet
Get a report of the Chelsea vs. Barnsley 2020-21 English Carabao Cup, Third Round football match. 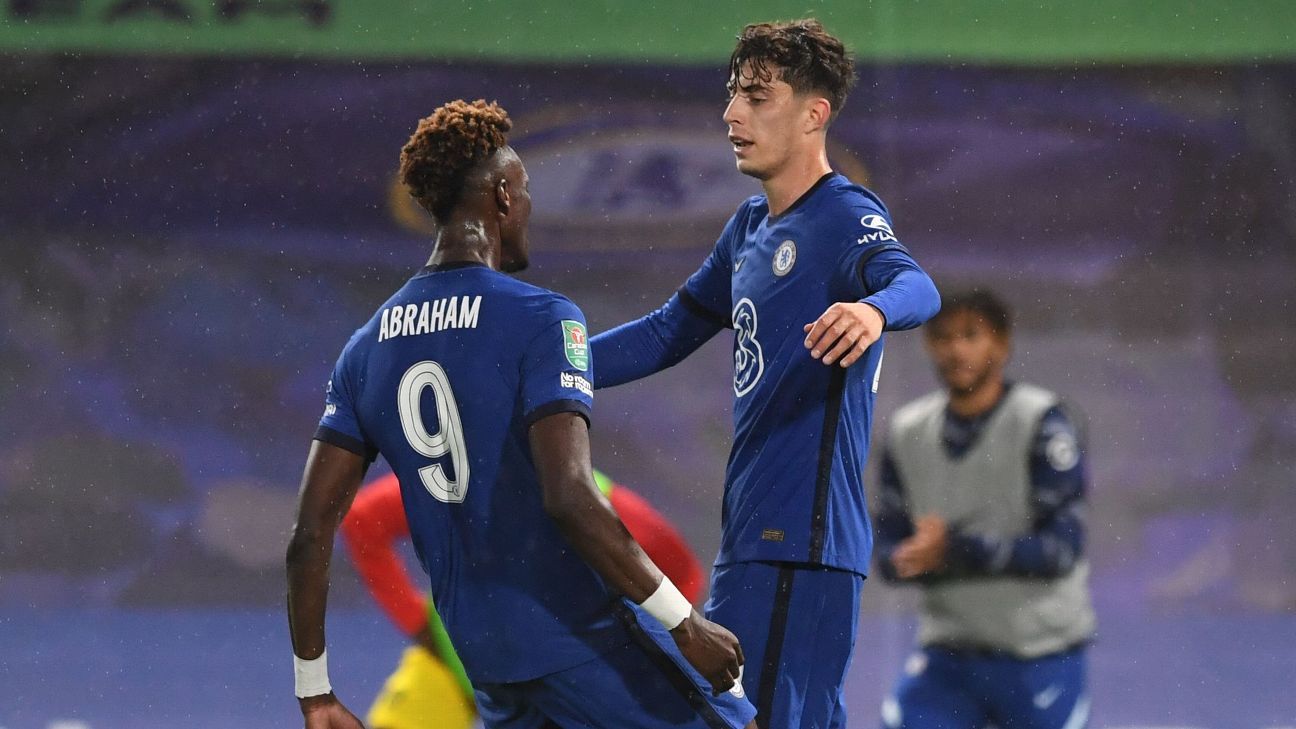 A Kai Havertz hat trick helped Chelsea cruise into the fourth round of the Carabao Cup with a comfortable 6-0 victory over Barnsley on Wednesday.

Havertz, who signed with Chelsea from Bayer Leverkusen for a reported £62 million this summer, scored goals in the 28th, 55th and 65th minute to complete the milestone, while Tammy Abraham, Ross Barkley and Olivier Giroud rounded out the Blues rout.

The lopsided result sets up a clash in the next round with either Tottenham or Leyton Orient, who had their third-round match postponed on Tuesday due to positive COVID-19 tests.

Abraham struck first for the hosts in the 19th minute, intercepting a careless back pass to a defender before slotting home from inside the box.

Havertz got his first for his new club nine minutes later with a deft finish from close range after a wonderful Abraham dummy played him in with only the keeper to beat.

Barkley made his presence felt in the 49th minute after more slack Barnsley ball-handling at the back, pouncing and firing past keeper Bradley Collins after a Havertz tackle outside the box played the ball into his path.

Havertz then completed his hat trick in a 10-minute flurry, the first coming from a lovely Abraham layoff and the second from a pass behind the defense that he played between Collins' legs before rolling into an empty net.

Giroud converted a diving header to put the finishing touch on a comprehensive victory at Stamford Bridge.