Carabao Cup rule change: How many substitutes can be used in the Carabao Cup semi-finals?

Daily Express
Share on FacebookShare Share on TwitterTweet
CARABAO CUP action gets underway this evening, with Tottenham taking on Brentford before Manchester United host Manchester City on Wednesdays. The EFL has confirmed new rule changes for substitutes in the Carabao Cup. How many substitutes can teams use in 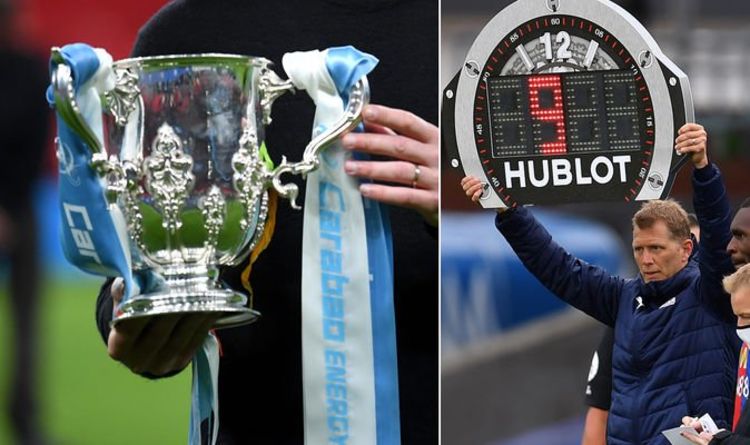 An EFL statement read: "The EFL has agreed to increase the number of substitutes permitted to be used in this season’s Carabao Cup Semi-Finals and Final.

"Following consultation with the four Clubs remaining in the competition, nine substitutes can now be named in the matchday squad, with five permitted to take to the pitch during the 90 minutes and extra time if applicable.

"Each team is only permitted a maximum of three opportunities (excluding half time, full time and half time of extra time) to make substitutions during normal time.

"However, if a tie goes to extra time, an additional opportunity to use a substitute(s) will also be permitted but only from the five substitutes allowed.