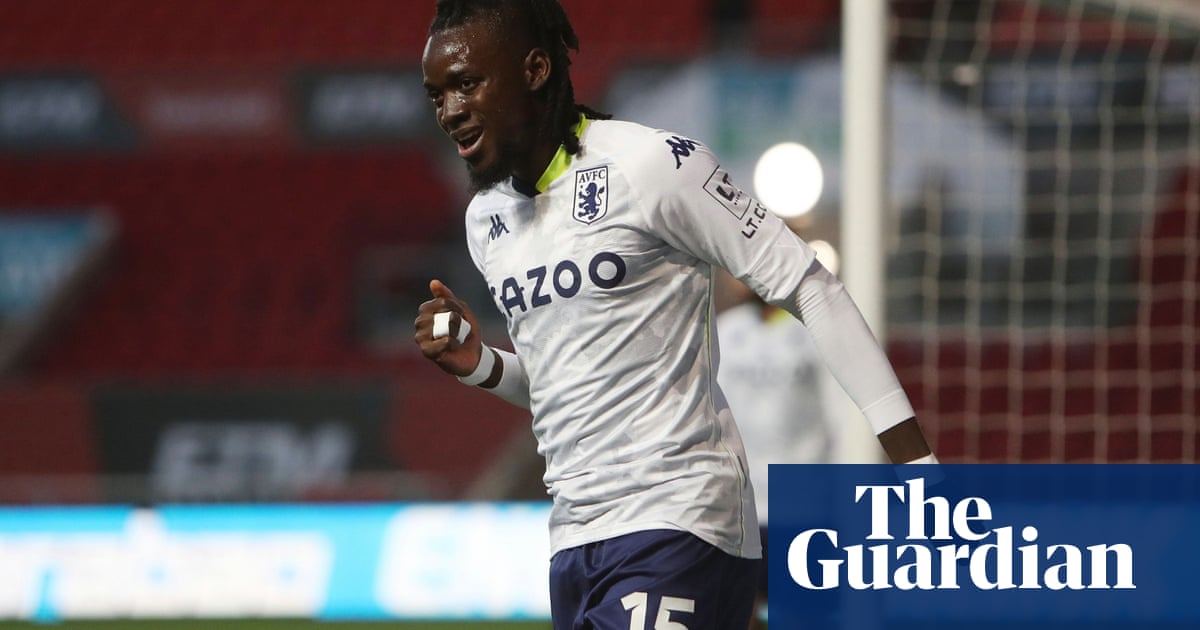 There are few better ways to whet the appetite than a debut goal and Bertrand Traoré got up and running in style as Aston Villa breezed past Bristol City into the fourth round of the Carabao Cup. Ollie Watkins struck two-and-a-half minutes after arriving off the bench to complete the scoring but Traoré’s sumptuous first-time volley, moments after Anwar El Ghazi converted from close range, was the highlight of a satisfying victory for Villa, who rested Jack Grealish with an eye on Monday’s trip to Fulham.

Dean Smith made wholesale changes from the team that overcame Sheffield United on Monday. Tyrone Mings and John McGinn were named among the substitutes but Grealish was absent altogether, though Traoré ably deputised for Villa’s catalyst. Traoré, the Burkina Faso forward who completed 70 minutes on his first outing since arriving from Lyon, kept the Bristol City backline on their toes to help set up a tie at home to Stoke next week.

Traoré played alongside John Terry at Chelsea and the Villa assistant coach said he gave the forward, who helped pick holes in an inexperienced Bristol City defence, a “very good character reference”. Terry added: “At Chelsea he was very hungry and he went away to learn his trade elsewhere, in France and elsewhere at the top level. He has the pace to run behind but he can isolate people in one-on-one situations. He’s got the potential to go and beat players one v one. It is great for him to get off to a good start after Emi [Martínez] saved a penalty [on his debut against Sheffield United last week].”

Watkins arrived at Villa for a club-record £28m and Traoré for £17m, more than the combined cost of the entire Bristol City starting XI, and such class told here. When Jacob Ramsey dinked a cross towards Traoré, who arrived in the 18-yard box unmarked and at speed, he opened up his body and effortlessly volleyed the ball into the far corner.

That doubled Villa’s advantage after El Ghazi tucked home a low cross by Keinan Davis, who reduced Tommy Rowe to all fours before cutting the ball back at the by-line and Watkins slotted in a third late on after meeting Trezeguet’s pass.

“We gave ourselves a mountain to climb, [conceding] two goals in 15 minutes is difficult to respond to,” said Dean Holden, who was promoted to the role of Bristol City head coach last month. Holden hoped Smith, who he worked for as a player-coach at Walsall, would come away empty handed but Villa were rarely threatened.

Famara Diedhiou headed over a Niclas Eliasson cross and Antoine Semenyo drove an effort against the side-netting but Villa should have run away with things. El Ghazi could have had a hat-trick and Watkins, who enjoyed a fruitful loan down the M5 at Weston-super-Mare five years ago, could have doubled his tally but for the excellent Max O’Leary, the Bristol City goalkeeper who superbly stopped Ramsey adding a fourth.