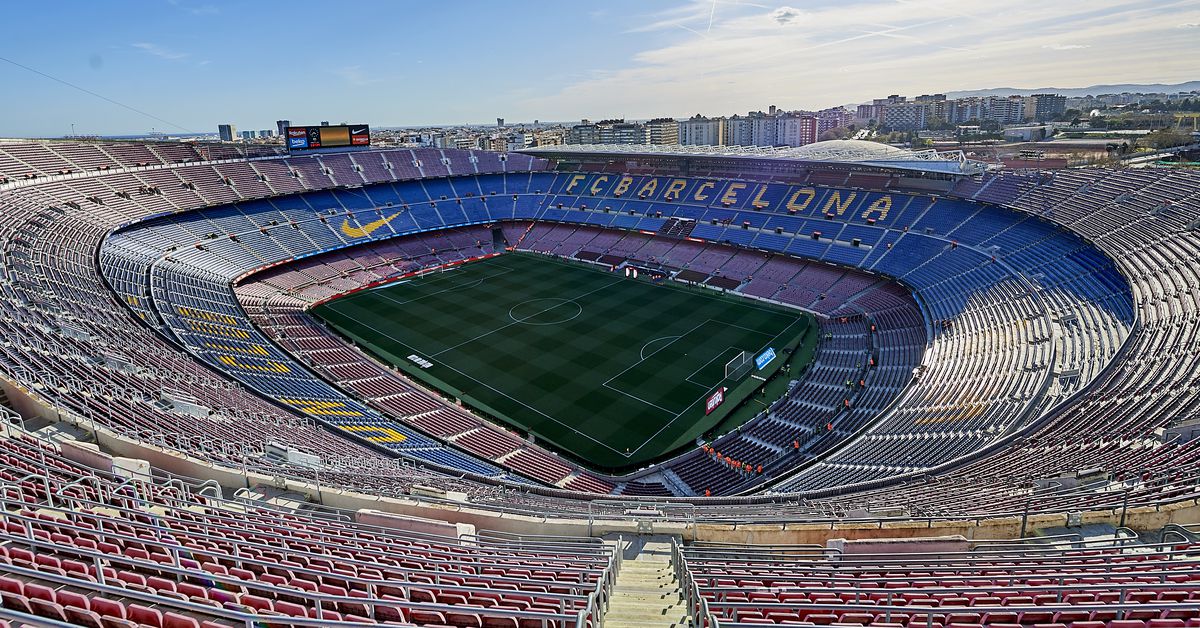 FULL-TIME, Barcelona 1-0 Elche: No goals in the second half, but a strong team performance with a few positive signs ahead of next week’s season debut.

86min: Barça keeping the ball a lot in midfield to preserve the lead, but Trincão, Pedri and Dembélé are still making runs to try and create chances.

81min: First chance in the entire game for Elche with a quick counter attack and Neto makes a brilliant save to stop Diego Bri and keep the clean sheet.

75min: Nice team move and Dembélé fires a good shot from outside for another save. Barça looking excellent in this second half.

72min: Mire Pjanic’s first shot in a Barcelona shirt is horrible and goes over the bar.

71min: Another huge chance! Awesome one-two between Trincão and Coutinho, and Trincão has his shot brilliantly stopped by Badia.

66min: OUSMANE! Dembélé receives the ball at the edge of the box, flies by his defender and fires a left-footed shot to force a good save. The Frenchman looked amazing right there.

64min: Barça press high and get the ball back, and Messi fires a rocket from distance. Good save by Badia.

63min: Time for a debut! Miralem Pjanic comes on for Busquets. Two more changes as Dembélé replaces Ansu Fati and Francisco Trincão comes on for Griezmann.

55min: Ansu Fati with a shot over the bar. The phenom is very involved in the second half and Barça as a whole look better, quicker and more intense with the ball.

50min: Ansu Fati again! This time the youngster beats his defender one-on-one and fires a dangerous low cross that crosses the six-yard box, but nobody is there for the tap-in.

49min: Huge chance again: Ansu Fati finds Messi in space but the captain can’t beat the keeper and gets injured in the process after a rough challenge by the Elche defense.

48min: Amazing cross by Sergi Roberto and Ansu Fati has a free header, but it goes just wide. First big chance of the half for Barça.

SECOND HALF KICKOFF! Barcelona 1-0 Elche: No changes at halftime for Barça and the second half is underway!

Barça played relatively well but only scored one goal in the first half, but it was a beautiful goal thanks to a genius pass from Messi, a great run by Alba and a solid finish from Griezmann:

HALFTIME, Barcelona 1-0 Elche: Barça dominating the ball, defending well and creating chances, but this isn’t very exciting at all to watch. Hopefully Riqui Puig plays the second half. Oh, wait.

45min: Brilliant piece of skill inside the box by Coutinho, but his short cross hits Griezmann right in the chest and the chance is wasted.

43min: Big chance for Barça. Cross from Messi into the box and Piqué heads it over the bar with an open net in front of him.

41min: Coutinho with his trademark, “cut right and shoot a curler to the far post” that goes over the bar.

39min: Elche have been better in the last few minutes with more possession and both wingbacks pushing forward at the same time. No real dangerous chances yet.

33min: Really nice sequence of passing down the right wing that ends with a Coutinho header that goes over the bar.

31min: More passes and corners and not a lot of excitement.

26min: Same old, same old. Barça keeping the ball and looking slow and not creative in possession. If only we had Riqui Puig.

17min: Terrible pass at the back from Elche and De Jong has a one-on-one chance with the keeper but can’t score with his left foot. Good pressing from Barça, though.

13min: One of Koeman’s points of emphasis as coach seems to be taking shots from distance. Now it’s Messi’s turn and it leads to another corner.

12min: Dangerous shot by Griezmann that leads to a corner. Barça dominating so far.

6min: Barça playing almost exclusively on the left side so far, with Messi looking for Ansu Fati and Alba making his usual overlaps.

GOAL! Barcelona 1-0 Elche (Griezmann 2’): Barça take the lead! Brilliant pass from Messi to find Jordi Alba in space, and Alba finds Griezmann for an easy finish and the opening goal.

KICKOFF! Barcelona 0-0 Elche: Riqui Puig is not playing but the game is underway!

(Also, the real lineup is this)

WELCOME TO CAMP NOU!!! The Greatest Stadium on Earth opens its doors for the first time this season for the annual Joan Gamper Trophy, which won’t have any fans this year but it’s still a really good chance to watch Barcelona playing in their home. The Blaugrana finish their preseason preparations against Elche, and Ronald Koeman has one last chance to find his best team for the start of the La Liga season. This should be fun, and you’re welcome to join us to follow and comment all the action. LET’S LIVE BLOG!

(Note: the comments will be open only when the team news come out, because our commenter people love commenting and sometimes there are too many comments in the comments section)

HOW TO WATCH, STREAM PRESEASON FRIENDLY

How to stream: BarçaTV+ (paid subscription)

We don’t have a lot of rules here, but there are a few things to keep in mind when joining our matchday threads:

Even if the referee sucks or we lose the game, no swearing. It’s just unnecessary. Also, don’t discuss illegal streaming links. Those who do it will be warned, and those who post links will be instantly banned. Finally, be nice to each other. This is a Barcelona community and we don’t need to offend one another.

Have fun with the game! Forever and ever, no matter the competition, VISCA EL BARÇA!